disease
by admin
Can you believe that someone who likes to get sick andeven wants to be in a hospital bed? Imagine such people exist! They are great inventors and sometimes go in their fantasies too far. The reason for that - simulative mental disorder that medicine dubbed Munchausen syndrome.

"Munchausen" intentionally cause themselves symptomscertain diseases, as eager to be hospitalized. And the possibility of surgery for them - for happiness. It should be noted that people do not tend to get any material benefit, the whole "show" is aimed primarily at attracting the attention of others. Lzhepatsienty constantly deceive doctors independently prescribe and take medications, intentionally causing injury to themselves.

Often, doctors are very difficult to get totruth, because "Munchausen" extreme caution: trying to keep their complaints to different doctors, not by giving them your medical history with the former place of treatment, flatly denied that the simulation. Treatment of patients pathologically mendacious as difficult as they categorically refuse to help a psychiatrist. As there is manifested a disorder, talk on.

The history of the study of pathology 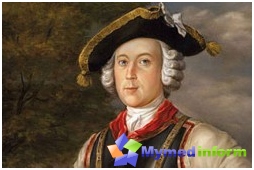 For the first time described a mental disorderBritish endocrinologist and hematologist Richard Asher in 1951, later to identify the syndrome, scientists have used the name really exists in the past, man. It was a German baron and cavalry officer Karl Friedrich Hieronymus Munchausen (Germany, XVIII cent.) Is widely known among his contemporaries, he was due to its participation in the Turkish wars in the Russian army.

But even in retirement, Baron constantlyI remind yourself to the public, writing incredible stories about his adventures in the war. A little later there was a book on the basis of these fantastic stories - "The Adventures of Baron Munchausen." Its author was a contemporary of the eccentric crank Rudolf Erich Raspe.

Today Munchausen syndrome is considered one ofvarieties of hysteria. Patients suffering from this disorder, manage to bypass the huge number of doctors. In medical practice, there is a case where a woman with mental disorder about 40 times went to a surgical scalpel, and about 500 times lay in the hospital for various medical facilities, although it did not need this!

Previously psychiatrists assumed that the syndrome more susceptible to a man, but now experts have changed their minds - in patients suffering from pathological lying, more women. 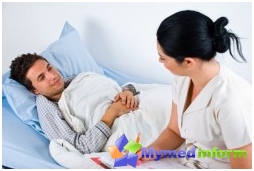 Thus, the main symptom of this strangedisorders - diseases assignment itself, which does not really exist, and patients do it so skillfully that any actor would envy. Before you open the mystery of suffering from Munchausen syndrome can suffer no surgery, and spend a lot of time in the hospital. Modern medicine treats such pathological lying as an extreme form of simulative behavior.

People enslaved by the disorder,experiencing irresistible attraction to everything that is somehow related to medicine. If they manage to get to the hospital, they enthusiastically take credit for all kinds of symptoms, portray attacks of various diseases and in general in any way draw attention to the disease, which they actually do not.

Another common to all prone syndrometrait - the desire to be initiated into all the details of treatment. Patients consider themselves quite knowledgeable in the intricacies of medicine to give valuable advice to doctors in time showing the necessary signs.

The researchers divided the Munchausen syndrome by several types. Each of them is determined by a set of symptoms that the patient attributes to himself: 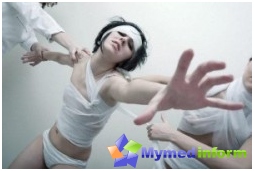 In the treatment of pathological liars doctors oftenfiasco. Patients initially happy - they are interested, but their requirements are growing exponentially, and very soon they start in an order to tell doctors what they should do. Usually the result of a misunderstanding and confrontation becomes a negative reaction on the part of the doctor, after which the "Munchausen", usually looking for a new medical facility. From mental health counseling are people trying to give up all the way. Management of patients is limited to non-admission procedures that are dangerous to their health (eg, surgery), and preventing the misuse of drugs.

mymedinform.com hastens to note that friends and family can provide substantial assistance to a person suffering from Munchausen syndrome. It is in their power to help the patient to understand that the problem can and should be adjusted.