disease
by admin
Renal failure - a pathology that violatesnormal kidney function, resulting from the balance goes homeostasis (constancy of internal environment). The disease robs the kidneys ability to produce and excrete urine, which immediately reflected on the water-salt, acid-base and osmotic balance of the body. This leads to complications in all the systems of the human body. 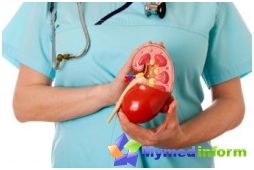 Depending on the clinical characteristics of the two forms is isolated pathological states:

Causes of acute forms of the disease

Causes of chronic forms of the disease 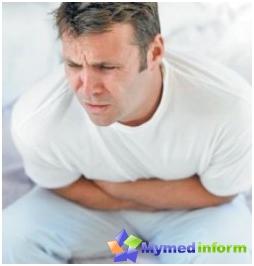 If the patient was not provided competent assistance, the second stage of the arrester terminal period ends with a fatal outcome in most cases. It features:

Symptoms of chronic diseases occur when the kidney structure is undergoing significant changes. 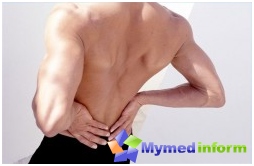 If not immediately respond to these alarmingsigns of chronic renal failure, end-stage disease occurs. Symptoms indicate uremia (blood saturation with salts of uric acid) and pathological changes in fluid and electrolyte balance:

If you have these symptoms need to patient dangerous to transfer to hemodialysis, otherwise people will not survive.

Identification and confirmation of renaldeficiency usually does not cause any medical difficulties. The main indicator of pathology can be called a persistent increase in the concentration of nitrogen metabolites and potassium in the blood against the background of declining volumes of urine.

Laboratory diagnosis involves measuringamount of urine, the concentration of substances such as creatinine, urea, serum electrolytes. The nature of the renal blood flow was determined by renal angiography. 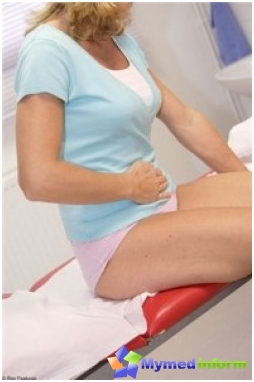 The acute form of the disease.

The main objective of the traditional treatment of acuterenal failure is to neutralize the causes of which was the starting point for the development of pathology. In the context of resuscitation must be immediately taken to eliminate the shock, dehydration, Hemolysis, poisoning and so on. D.

One of the most effective ways to treatsudden and complete cessation of kidney function today consider hemodialysis or extracorporeal blood purification. The device, which is carried out using a procedure known more as an artificial kidney. The number of procedures and their duration depends on the degree of neglect of the disease, the average session lasts more than 3 hours. Despite the effectiveness of hemodialysis stable condition of the patient can be achieved only for a short period. For continuous good health of the patient is necessary to carry out the procedure regularly.

The chronic form of the disease.

In the treatment of chronic renal failure are relevant the following activities:

MirCovetov draws the attention of its readers: to prevent this dangerous disease, it is necessary first of all to eliminate the causes that provoke her appearance. For example, significantly reduces the risk of acute and chronic kidney failure, a competent and operative treatment of pyelonephritis, glomerulonephritis, urolithiasis.