Rehabilitation of patients with Guillain-Barré syndrome

Nervous diseases are dangerous because they returnlost mobility of the muscles can no longer be, but in the case of Guillain-Barré syndrome healing is possible and not the last role in this played by rehabilitation measures - massage, physiotherapy, mud therapy.


The history of Guillain-Barre syndrome 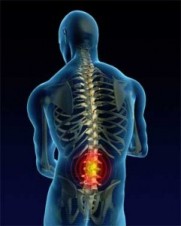 In 1916 Guillain, Barré and Shtrol describe a particular form of primary polyradiculoneuritis at 2 soldiers of the French army. The disease had a characteristic pattern: paresis of the extremities (obessilivanie motor function), the extinction of the tendon reflexes, paresthesia (tingling feeling of the body), light sensitivity disorder and protein-cell dissociation in the cerebrospinal fluid (significant increase in protein content in the normal cellular structure). Less than 2 months later recovered. First, the authors believed that the disease, which was later called "Guillain-Barre Syndrome" (the name of the third author unjustly excluded), has a favorable prognosis. However, as it turned out, in this syndrome may lead to death due to the development of ascending paralysis, and respiratory failure.

In this regard, we discussed similarities paintingsGuillain-Barre syndrome and suffering that has watched Landry in 1859 in 10 patients: ascending paralysis, including the muscles of the face and tongue, with little sensitivity disorders. Severe symptoms are rapidly growing, 2nd patients died. In the future, the disease has been identified as "Landry ascending paralysis." It was concluded that viewed disease - various, mostly by gravity flow, variants of the same process. Many authors have proposed to unite them under the title: "Landry-Guillain-Barre syndrome."

In subsequent years, the study of the syndromeGuillain-Barré syndrome occurred two directions. One of them is characterized by a new description of symptoms and consequent denial of the independence of the disease, while others - the release of Guillain-Barre syndrome polyneuropathy of a large group in a separate form. According to modern concepts, is used by neurologists, the terms "Guillain-Barre Syndrome", "Landry syndrome", "Landry-Guillain-Barre-Shtrolya syndrome ',' severe primary polyradiculitis", "acute inflammatory demyelinating polyneuropathy," "acute postinfectious polyneuropathy" on essentially represent the same disease.

The International Classification of Diseases X review this suffering incorporated under the name of "acute postinfectious polyneuropathy" or Guillain-Barre syndrome.

Guillain-Barré syndrome occurs in 1.7 cases per 100 000 population, with the same frequency in different regions, at any age, men more often than women, and accounts for about 20% of polyneuropathy.

Forecast treating Guillain-Barré syndrome -favorable. Almost 80% of patients, not only spravlyayutsya their illness, but also completely restore lost was muscle function and other organs. In this play an important role in the ongoing recovery period of rehabilitation measures, some of which are proposed to be done even in parallel with the treatment modality.

From the first days of the disease to reduce painapplied heat treatments (solljuks) inductothermy. In acute early infection of the process is recommended only after the improvement of the general condition and normalization of body temperature. Effective impact of the magnetic field on the top and then on the lower limbs, laser therapy on pain points along the nerves.

First, apply a passive, then activegymnastics, massage. In hospitals and clinics recommended exercise to restore equilibrium, rolling, parallel bars, tripodal crutches and others.

After normalization of temperature and terminationparesis appoint electrophoresis neostigmine, galantamine, potassium iodide along with novocaine restorative therapy. Useful 4-chamber bath. Developed electrophoresis technique neostigmine sinusoidal modulated currents. Applied electric field UHF (ultrahigh-frequency therapy). In the early recovery period using pulsed electric field UHF to the relevant segments of the spinal cord and limbs in combination with physiotherapy and massage, and then - sulphide baths. With the defeat of the facial nerve, along with physiotherapy and massage is applied using electroplating Bergonie half-mask, then - rhythmic muscle stimulation. recommended electrophoresis or pilocarpine atropine on the area of ​​the bladder If pelvic disorders; neostigmine developed electrophoresis technique in this area, followed by the application of modulation currents.

In the early and late recovery perioddisease a good result given mud, sulfide, radon baths. Impose mud applications to the relevant segments of the spine, arms and legs of the type "gloves", "polukurtki", "jacket", "socks", "polubryuk", "trousers". Therapeutic exercise is carried out for 30-60 minutes before or 1-2 hours after mud applications. Patients with severe motor impairment mud applications, sulfide or radon baths need to be alternated with electrical stimulation of muscles modulated currents. These therapeutic complexes is repeated every 6 months for 3 years, and in some cases even longer. Every procedure of these medical facilities must be accompanied by a rest period of 40-60 minutes.

The duration of the recovery period varies from a few months to 1-2 years. Rarely, the disease takes a recurrent or chronic.


What is the result: the ability to work or disability

There are several options flow syndromeGuillain-Barré syndrome: retrogressive (return of disease), recurrent with subsequent improvement, with worsening relapsing, chronic progressive deterioration over the years. In mild and moderate forms of the majority of patients recover and return to work. Residual effects are only observed in about 20% of persons with severe form of Guillain-Barre syndrome.

The presence of residual symptoms, recurrent orchronic diseases can lead to a reduction or loss of ability to work. Restorative processes ceteris paribus favorable occur in patients treated in acute full in-patient treatment in the future - repeated courses of rehabilitation therapy.

Thus, in most patientssurvivors of Guillain-Barre syndrome, medical and vocational rehabilitation is effective. However, due to the pronounced motor disturbances in almost 1/3 of the patients is greatly reduced capacity for work, which can be the basis for determining the degree of disability. The slow recovery of the disturbed functions and rehabilitation necessitate clinical examination with repeated courses of treatment depending on the severity of the process: Hospital - rehabilitation department (or center) - sanatorium.

disability examination must take into accountthe nature of the disease (acute, subacute, chronic, recurrent), the severity of lesions and the severity of events. When the loss or significant reduction of the qualification prescribed group III disability. In case of persistent pain or significant irregularities, especially in the disadvantaged during the process, set the group II. With deep paresis or paralysis, which is often accompanied by dysfunction of the pelvic organs, usually defined group 1 disability.