Home>Oncology>Fight fire: a new method of full recovery from cancer

Fight fire: a new method of full recovery from cancer

Scientists were able to beat cancer? It seems that yes. An example of this - a girl, completely healed from lymphoblastic leukemia in an incredibly short period of time. 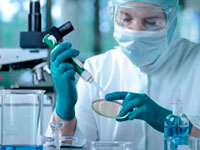 Russian proverb "like cures like" workssometimes in very unexpected situations. And in some cases, such opposition may even save a life and give humanity hope for deliverance from the deadly diseases in the future. Proof of this - the fact that doctors Cancer Center at Children's Hospital of Philadelphia (USA) made a real breakthrough in medicine, learning to treat cancer using HIV. Scientists conducted research in the field of genetic engineering and were able to reprogram the deadly virus so that it began to serve the good of man.

As told doctors, seven-year old Emily WhiteheadNew Jersey within two years of struggling with a terrible disease - lymphoblastic leukemia. This is the most common form of cancer in children, peak incidence usually occurs three years. Designated medical sessions of radiation and chemotherapy did not help the girl. Not even able to achieve remission period required for bone marrow transplantation. After a major operation on the eve of the girl had a relapse, doctors were forced to admit that the recovery of the patient is unlikely to live she was no more than a few days. But the parents of the girl decided to fight to the end and turn to experts one of the best in the US cancer centers, which is located in Philadelphia. Center Stefan Group Director invited parents experimental, but to date has shown great promise treatment, which is called CTL019-therapy. Parents thus warned that the girl on the survival of one chance in a thousand, and they agreed to fight for the life of the daughter in such an unusual way. 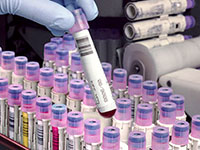 The essence CTL019-therapy is that scientistsmodified HIV virus. Change its genetic code in such a way that the infected T-cells attack the cancerous tissue, while not affecting healthy. T cells are often referred to as real "workhorses" of the immune system, as they do the hardest work, finding and attacking the invading organism in the dangerous cells. Since the viruses are embedded in this case T-cells possess the capability phenomenal enter the cell and transferring genetic material into it, and they are introduced into the new genes that help fight cancer cells. Healthy lymphocytes thus do not participate in the combat. Infected T cells recognize cancer cells through specific protein CD19. Yet, despite the apparent effectiveness of this treatment is is incredibly dangerous for life: HIV infection is accompanied by the final decline and as a weakened immune system, as well as the patient feels severe pain.

In this case, efforts were crowned with doctorssuccess: after the introduction of the modified virus has improved the state of little Emily in just a few hours. The doctors noted that she was breathing more evenly, it has returned to normal temperature and pressure. Head of the group conducting the treatment, later said that three weeks after the onset of cell therapy, the girl came remission. Doctors checked her blood and bone marrow cells of patients for the presence of three and six months after the introduction of so-called T-cells, but found nothing. It was found that the body of the girl so the cells are then struggling with cancer, as a kind of immunity against cancer.

Scientists have proved that cancer can be beaten

CTL019-treatment were subjected to an additional 12 patients. Nine of these attempts ended positively. In two other children who participated in the research, doctors also found a complete remission. However, despite the fantastic success of the first therapy of infected T cells, it is unlikely to be soon used everywhere. One of the reasons is the high price of such treatment - 20 thousand dollars per session. Another reason is that HIV cells reduce the immune system, causing severe pain and make the already weakened body of the patient for the first time, it is vulnerable to viruses. All this can lead to death. Yet doctors from all over the world are hoping that this method will be developed to become more accessible and help millions of people suffering from cancer, who have lost hope. Most likely, over time, this procedure will eliminate the bone marrow transplants.