Other
by admin
The issue of euthanasia is one of the mostpressing and debated topics of modern humanity. This medical practice in which terminally ill people, doomed to pain and suffering, is entitled to a premature withdrawal of life today is an unsolvable dilemma.

Unfortunately, the rapidly growingscientific and technological progress is not able to change the final outcome of all things, because in the words of the great English classics of William Shakespeare, "Nothing lasts forever." 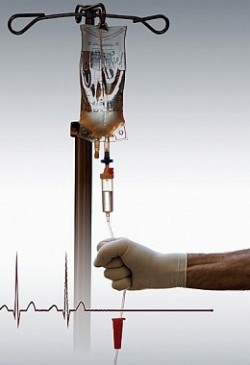 According to the concepts of modern medicine,death - this is the cessation of the living organism. It is sad, but it must be recognized - is the only event that can be guaranteed by the person after his birth. However, no one can predict when it will strike the last hour. Even a desperate suicide can not be sure at 100 percent lethal outcome of their actions, because the place is always the case, happy or not. For example, another possible attack of severe disability if not fully implemented plan. Stories are also known cases of people miraculously survived even after taking potent poisons. Yet, there is a phenomenon that a predetermined.

Almost all world religions unanimouslyasserting that everything is in God's hands. Hence, the birth of man and his death are part of a specific program. The Holy Scriptures say that God did not send such tests man with whom he could not handle. This applies to people deeply religious. Progressive half of humanity in this respect are of the view that overcoming difficult obstacles usually greatly enhance the spirit of: "What does not kill us makes us stronger." Thus the right to a person to dispose of his own life if he did not attain to the end of its meaning?

Recognized father of medicine and outstandingAncient Greek physician Hippocrates claimed that under no circumstances should you give a deadly drug and not tell a person the way to it. Medicine - is, above all, humane science, the basic criterion of which is the treatment of patients and provide them with immediate assistance. The question arises whether the right has doctorThat gave the Hippocratic oath, intentionallytake the life of a sick person? Historical evidences are glaring instances of large-scale killings. The Nazis practiced ideology of "unwanted people", as in ancient Sparta, for example, weak infants and infirm patients dropped from a cliff. But where is now the arbiters? Modern medicine has suchmeans the use of which can lead to a guaranteed death. Euthanasia - a modern medical practice, aimed at a quick and painless end to human life, experiencing unbearable physical suffering and has no chance of recovery. To carry out this procedure requires either the consent of the patient or his relatives' permission, in the event of incapacity. These actions also apply to animals. Today it is quite legal measure requiring the strict observance of the rules, in countries such as Sweden, Switzerland, Belgium, Holland, Luxembourg, Australia and the United States (Oregon and Washington). Currently, there are two types of euthanasia: passive and active.

Passive euthanasia - is the refusal of treatment,able to provide life-sustaining. It can be carried out in the process has provided assistance or prior to its start. Methods of implementing this form of termination of the patient's pain may be to cease feeding the patient, in refusing the introduction of the necessary fluid or cessation of drug therapy. As a result of such actions exhausted body can not cope with life support functions and the patient would inevitably be sent to another world. Such measures are usually resorted to in situations where the terminally ill are no longer able to live without treatment and may die slowly under her action for months and even years.

Active euthanasia is an introductiondying patient medications, which will inevitably lead to a quick and painless death. This procedure is often referred to as physician-assisted suicide. The main difference between this type of euthanasia from her passive species is that the doctor is actually a butcher. However, not all doctors agree with his own set in motion like the will of the patient or his relatives. For this purpose, the organization "Dinite" was created specifically in Switzerland, providing a special preparation, action which the patient starts independently.

Asleep animals is always painfultest for their loving owners. Today in Russia, this procedure is completely legal. Pets tend to live shorter lives of people who are responsible for those who tamed. This procedure is prescribed by a veterinarian on a full legal basis in the following cases:

In all these cases, the only option is euthanasia, which is carried out in two stages:

Concepts passive or active euthanasiaare essentially one and the same indicator of morality, which can not be divided into different categories. If society is taken at least one of the forms of intentional termination of human life, it is quite logical that this can entail a number of unprovable crimes. Therefore, in this situation, this issue should be considered not only from the point of view of morality and medical ethics, as well as from the point of view of jurisprudence. Readers of our site euthanasia is unlikely once come to a common denominator, because this issue together the most important human values: life, mutual aid, compassion and faith.