Atopic cheilitis long considered childdisease. However, as it turned out later, doctors, this view does not correspond to reality. Learn more about atopic Hale, read this article.


Causes and symptoms of atopic cheilitis

The child malocclusion: drools, not accustomed to use a handkerchief, he licks her. And the wind, the cold language works just incessantly, relentlessly mechanically irritating red border of the lips. It would seem a harmless habit, because it is often becomes the starting point in the development of cheilitis.

Dermatologists believe that in the event ofatopic cheilitis - inflammation of the red border of the lips - a major role played by genetic predisposition, including allergic disposition of the body. Relatives, family members of those who suffer from cheilitis or inclined to it, often prone to allergic diseases, can not tolerate certain medications, foods.

Up to a point thispredisposition is not an effect, but once under the influence of weather conditions, chemicals used in everyday life, or simply due to excessive mechanical irritation it can be realized.

If early in infancy (as cheilitis,sometimes begins even in 4-5 months) higher value in the event of cheilitis has poor nutrition, then, as the child grows, the formation of his psyche, errors in diet fade into the background, and the load falling on the nervous system, stress, frequent fatigue, vegetative neurosis help family history realized.

Influence the course of disease functional, and not only functional disorders of the digestive system. Even the wrong diet can play a harmful role.

For a long time it was considered atopic cheilitischildren's disease. In previous years, the textbooks was even a phrase that spontaneous recovery occurs by the end of puberty. But vstrechyutsya patients who are over 40. Of course, this is connected with the surrounding chemicalization environment, life, and the increasing number of stressful situations, as well as with a change in diet.

Lead is considered a sign of atopic cheilitisthe so-called lichenification red border when it is thickened and scaly, becoming sharp diamond pattern, around the lips and especially in the corners of the mouth appear small scales. Patients worried about itching, swelling. Lips then crusted, cracked during a call. 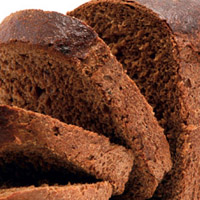 Cheilitis characterized by seasonality. Exacerbations are most often in the autumn-winter and winter-spring periods that spetsiality associated with seasonal fluctuations in immunity. Naturally, they are most pronounced in people with weakened immune systems. Spring cheilitis is often triggered by a vitamin deficiency.

During exacerbations morning person does not wash,better to just wipe my eyes with cotton wool moistened with sleeping tea. Going out into the street on a cold or very windy day, lubricate the lips peretoplennym visceral fat, or hygienic lipstick or cream, but in any case, not gidratantnymi creams. Remember, and that the cracks formed on his lips, the infection can get into. So every night, lubricate them with green paint or solution of potassium permanganate slightly pink.

The child prone to allergic diseases,it is necessary from a very early age to teach a certain kind of food. Nedosalivat food, give less sugar. Let the table will always be black bread. And children and adults need to be reduced in the daily diet of pastries, white bread, red and orange fruits and vegetables. But this is general advice. Everyone should be fully aware that he can not tolerate it.

As is known, an exacerbation of the patientadheres to a strict diet: boiled meat, milk products, cereals, cooked half milk. When the condition improves, the doctor authorizes gradually expand the diet. And enter each new product should be separate, to closely monitor the reaction to his body. Most experience an allergic reaction of immediate type, when signs of rejection of a product appear in 30-40 minutes after it ate. In such cases, the product should be excluded from their diet.

Do not hesitate to give up the spicy, salty andspicy food, alcoholic drinks, sweets. Components of these products being absorbed into the blood trigger severe allergic reactions, including allergic edema.

Keep an eye on the work of the intestine. And to seek a chair as much as possible the natural resources, including in the daily menu of yogurt, beets, prunes, dried apricots, as a laxative intestine gets used pretty quickly.

Adult patients who are sensitive todoctor recommendations. But the children get used to the hard constraints. Try to distract the child and instill that he is just like everyone else. It's just that each person has his own mode of life, and he has - that that. And to pay more attention to sports, tempering, to enhance the child's body immunity.