Anesthesia: afraid or not?

Anesthesia: afraid or not?
"As I move anesthesia?"- The answer to this question is of concern to all, who is going for surgery. And, as it turned out, quite by chance: in most hospitals worldwide standards of safe anesthesia is not valid. But they exist. 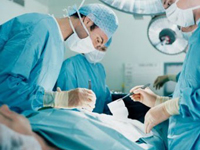 In industrialized countries, the bulk ofanesthesia is performed using anesthetic. The main advantages of such anesthesia are associated with the peculiarities of action of the drugs in this case, that with minimal impact on the internal organs provide a controlled and well-controlled anesthesia.

The use of inhaled anesthetics excludesor significantly reduces the need to use complex combinations of potent pharmacological agents, typical of the intravenous anesthesia, which is actually not nearly as good as it seems. The fact that many of its practitioners clinic used drugs that are well put to sleep, but poorly anesthetized.

Other drugs are added to them, after whicha few hours saved consciousness disorder, attention, thinking. For doctors, this situation has become a sad commonplace: Insurance companies are not interested in the application of modern kinds of anesthesia, because they increase the cost of the cost of treatment to which the budget is not enough money to hospitals.

However, in varying degrees, damage cellsbrain virtually all anesthetics. As a result of their use of the neurons die. Although in most cases, this process is not fatal, it is with general anesthesia specialists often associated cognitive impairment.

There is evidence and morethe serious consequences of anesthesia. And although, according to statistics, the probability of dying from anesthesia is only 1 200 000 planned operations, and is comparable to the probability that your head is accidentally dropped a brick, the risk of dying within a year after the operation there. This deeper anesthesia, so the risk is higher. This pattern reveals a study by American scientists conducted among tens of thousands of patients who have undergone surgery. With what it is connected, is unknown.

You can not ignore the individualresponse to one or another type of anesthesia, and the presence of comorbidities, which your doctor may not be aware. Especially when it comes to small-scale operational or diagnostic medical procedures (gastroscopy, colonoscopy, diagnostic curettage), requiring anesthesia. According to experts, people sometimes deliberately does not say anything about their problems before the operation, as long as it is not denied anesthesia, the risk of losing health.

Problems may be associated not only with a weakHospital equipment, poor quality of anesthesia and physician ignorance about the sores of the patient lying on the operating table, but also to the lack of proper control over its condition during general anesthesia. What is fraught with the development of yet another unpleasant complications during surgery a person can simply not wake up.

According to statistics, during inhalation anesthesia isoccurs in 1% of cases, during anesthesia with nitrous oxide can reach 20%, while using ketamine - 25. In the US alone each year this complication occurs in approximately 20 000-40 000 surgical patients. About one in three of these patients, recovery of consciousness accompanied by pain, at others there is no pain, but there is a feeling of discomfort, fear and even panic. Such a state is dangerous that affects the quality of later life: developing postressorny syndrome, which, as has been proved, is responsible for the development of a number of postoperative complications, including heart attacks, strokes and disorders of the gastrointestinal tract that may develop when everyone already seemed It would have ended well.

This problem has long been known, but only in the lastyears, when it began to be discussed in the media and to solve it joined state and public organizations, the first real progress in its decision. For example, in the United States after a series of high-profile court cases involving the uncontrolled awakening during surgery, 70% of operating and emergency rooms, most equipped monitor the depth of anesthesia, allowing to select the appropriate dose of drugs causing anesthesia and reduces the chance of waking up to 0.002%. In our country, such a luxury only available to patients in leading medical centers.

After talking with the doctors, we have compiled a reminder that people should know, decides on elective surgery under general anesthesia: