Home>Therapy>In search of a cure for old age

In search of a cure for old age

Questions prolong life is always agitated the mindsof people. Search for "cure for old age" for centuries alchemists engaged, shamans, priests. As things stand today, and if modern scientists were able to at least one step closer to his goal - the creation "a tablet of old age"? 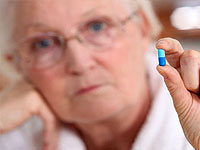 Questions prolong life is always agitated the mindsof people. Search for "cure for old age" for centuries alchemists engaged, shamans, priests. As things stand today, and if modern scientists were able to at least one step closer to his goal - the creation "a tablet of old age"?

In search of a cure for old age

Questions prolong life is always agitated the mindsof people. Quest elixir of immortality for centuries alchemists engaged, shamans, priests, and I must say, what - what successes they achieved, however, to learn about them, we had no chance, eternal youth the secrets of magicians usually took with him to the grave. This continued up until the twentieth century was not born gerontology - the science that studies all aspects of human aging causes withering analysis of mechanisms and finding funds to rejuvenate and prolong life by increasing the duration of its active period.

Want to live a long time - to remove the colon!

The founder of the Gerontology considered Russianscientist Ilya Mechnikov, who suggested that the cause of human aging is the detrimental effect of micro-organisms that live in the intestine. Mechnikov believed that by getting rid of "parasites" living in the digestive tract, thereby stopping the putrid processes in the body, can prolong life for years to come. He suggested to drink more yogurt, but for the best effect - to remove the colon, in one fell swoop by getting rid of its flora inhabiting. Today we know how important this flora of humans, but in those days the views of scientists seemed very progressive.

It took more than a hundred years and during that time, mankindIt has accumulated a lot of knowledge in the field of medicine, biology, genetics, biochemistry. The resulting information was enough to begin serious work to create an elixir of longevity, able to bring the human lifespan to a maximum of species in 120-130 years.

A low-calorie diet as a cure for old age

"Who eats little, lives a long time, for a spoon and forkWe dig the grave itself, "- said the notorious Count Cagliostro from the novel by Alexei Tolstoy. In fact, the only effective way of extending the life science is a low-calorie diet. Experiments conducted on mice, yeast, nematodes, flies, fruit flies, revealed not only the biochemical mechanisms of relative starvation as the elixir of longevity. As a result of scientific research were identified substances that act as a "tablet of old age."

In 2009, American researchersIt recorded that the drug Rapamycin, used as an immunosuppressant to prevent rejection of the implanted organs and tissues in experimental animals has a striking effect. Mice receiving the medicine to live longer deprived of their kinsmen by an average of 9-13%, and Rapamycin extends not just life, he "treats" old man's disease. It would seem that youth found the recipe, but an active immune suppression would make a person vulnerable to infections and would dramatically increase the incidence of cancer. And although the use of rapamycin for the prolongation of life should not be the mechanisms of its impact on the aging process were appreciated. It was found that these mechanisms are similar to those of low-calorie diet, that is, in the long term, you can create a "pill of old age", which would act as a diet, but not forcing people to starve.

A glass of wine brings youth and health! 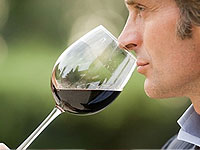 The question of why the French, not the topso a healthy lifestyle is less likely to suffer from atherosclerosis and less likely to die from cardio - vascular diseases, he has long troubled the minds of physicians, because of heart disease and blood vessels are on the first place among the causes of death. The explanation was found in 1992, when Serge Renaud and Michel de Lorzheril published the results of studies suggesting that high life expectancy is associated with the French their love of red wine.

The bones and skin of red grapes has beenresveratrop found flavonoid with strong antioxidant effects that can protect cells from damage of free radicals. The fact that the main cause of aging is a membrane lipid peroxidation has long been known. It has been proven that resveratrop able to activate sirtuins synthesis - proteins that activate the "job" of genes and protein synthesis, ie, preventing aging. The mechanism of action of this "pill of old age" was similar to the effect of "starvation" diet, but unlike Rapamycin was no suppression of the immune system.

Since resveratropa in wine provides little,to experience the rejuvenating effect it is necessary to drink up to 2 liters per day. But the prospect of "a single gulp" to fill the aging body of life-giving force did not leave the minds of people. Markets are filled with dietary supplements, based on concentrates of winemaking waste, although no clinical trials were not conducted, and it is likely that resveratrop has some side effects. Now the test substances are in full swing.

In 2007, other stimulants were foundsynthesis of sirtuins under codes SRT1720, SRT2183 and SRT1460, which in fact turned out to be far more effective than resveratrop. Some of them are also like checks, but not as a "tablet of old age", but as a cure for diabetes and cancer.

SRT1720 substance and does a lot of promise. It was found that when administered to mice, despite increased appetite, weight gain is not reduced cholesterol, normal blood sugar. The dream of many - there are plenty, and still be in great physical shape, it was not so exorbitant.

Attempts to obtain the elixir of longevity weremany scientists in many different directions. Take into account the fact that aging and death - it is a necessary process of evolution of humanity, and that it is caused by free radicals, and the fact that you can push your old age, lengthening chromosome telomerase or plant stem cells. Under the guidance of Academician VP Skulachev developed products based on materials, delivering antioxidants into the cells, neutralizes free radicals, thereby prolonging life and improving its quality.

Thanks to the work were madeconclusions that old age - is a voluntary cell death, the cause is a change in gene activity and, therefore, control of this activity can solve the problem of longevity. However, to assume what is fraught with human intervention in the genes work is difficult, and if the extension of the life of such victims should.