disease
by admin
Today, our site will talk about inheritancedisease, which is based on the violation of digestion, which occurs due to damage to the villi lining the small intestine mucosa of some products, as part of which there is gluten, Avenyn, hordein. All these proteins are wheat, barley, rye. Why there is a disease, how it manifests itself, how to help the suffering?

What is celiac disease? 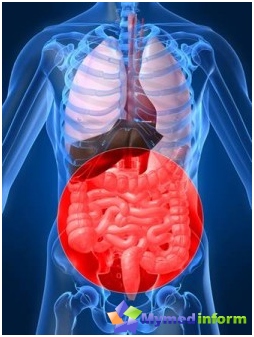 Caelius Aurelianus and Aretha from Cappadocia back infirst century AD describe the symptoms of celiac disease. The disease is also called celiac disease, intestinal infantilism. Until about 1970, doctors thought celiac disease rare disease, setting the diagnosis, on average one person out of three thousand. But new techniques for the diagnosis have been used since 1980. It turned out that this disease affects one out of two hundred, or even one in a hundred people. Latent and subclinical forms are far more common than celiac disease with severe malabsorption process. In people with celiac disease, an intolerance reveals a certain food protein, called gluten. If it gets into the intestines, the protein that is rich in wheat, barley, rye and other cereals, the intestine becomes inflamed and impaired digestion. Gliadin (a component of gluten), once in the body, leads to the activation of the immune system which leads to intestinal inflammation. I note that even small amounts of gluten causes a reaction of the body. That is why people who suffer from celiac disease, should be completely excluded from their daily diet all products containing rye, barley, oats, wheat, and even (according to some sources). It is believed that completely cure celiac disease is not currently possible. But if the patient strictly follows a gluten-free diet, all the symptoms disappear.

The causes of this disease

Why do people have the disease? It was found that predisposition to gluten intolerance is inherited, the information is logged in specific genes. And if the newborn receives these genes from mom or dad, then he has a serious risk of possible development of celiac disease. Usually the first symptoms of a child when he first encounters gluten. That's just not always the parents and doctors know that the baby is celiac disease. Often the diagnosis is put another treatment is given ineffective, unsuccessful. The pediatrician may mistakenly assume, for example, that the child lactase deficiency, dysbiosis. It was only after a long ordeal and wanderings on doctors, to 30 years in becoming a man a correct diagnosis. 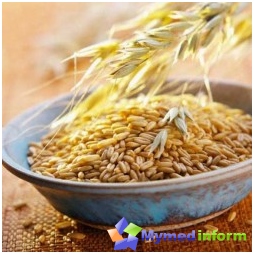 So far, the only method that will improvepatient, leading to the disappearance of manifestations of celiac disease, doctors believe strict adherence to a strict diet that excludes any amount of gluten in foods. In two weeks the patient establishes a positive change in the body. But such a diet should be observed throughout life. If a person adapts to the symptoms of celiac disease, and does not want to comply with a gluten-free diet, it is fraught with complications. For serious complications include bowel cancer, frequent fractures, and, bad bones fused, infertility. When aggravates inflammation may even require the appointment of steroid hormones. Sometimes the doctor recommends protein drugs, glucose, fat emulsion; adjusts the acid-base balance and water-electrolyte balance.

We list only the most common products from a large list, which should be completely excluded from the diet of people suffering from celiac disease:

It is worth mentioning that the gluten-free oats does not contain, however, he and his derivatives in some patients also cause inflammation of the intestinal mucosa and symptoms associated with celiac disease.

Include in your diet food buckwheat, millet, corn, rice. They contain no gluten.

The power supply must necessarily be diverse, do not forget to eat most vegetables, fruits, fish, meat.

Injury can cause even a small amount of gluten protein, so carefully read and study the composition of the products you want to buy in the store.

Now on the shelves for sale health food, gluten-free, on it is marked as struck-through ear.

Some manufacturers to make colorful labels useful words "made with gluten-free." Such products can be eaten.

We'll have to inform relatives that you have (or havechild), celiac disease, describe in detail that many foods eaten contraindicated. It is often the relatives of the good faith want to do something nice for the person to treat him as such dishes and delicacies may impair health.

Its products are gluten-free store separately from those that eat other family members to even chips (such as bread) they have not got.

If you just go on a diet without gluten, in the first few weeks eliminate dairy products, inflamed intestines are difficult to digest. Over time, you will be able to return them to your dining table.

Study drug composition even prior to their application, some manufacturers are now gluten and to include, for example, a tablet shell. 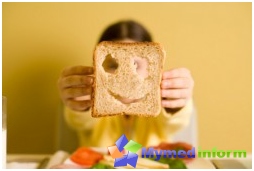 our site has already warned his readers that if one parent is sick celiac disease, then the child has an increased risk of the disease. How to reduce this risk?

Celiac disease continue to study, physicians and scientists hope that they will be able to heal people from the disease. In the meantime, patients can only accurately follow a strict diet.