disease
by admin
Endocarditis - an inflammation of the valve, orparietal endocarditis, which develops most often in rheumatism. Endocarditis is called the inner layer of the heart. In rare cases, endocarditis occurs when fungal infection or sepsis. It is also possible occurrence of inflammation and intoxications in diffuse connective tissue diseases. 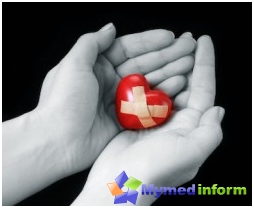 Quite often, endocarditis develops as a consequence of other diseases. The disease is often formed on the background of already existing heart disease. Moreover, inflammation may develop at any age.

The disease is differentbacteria in all there are about 128 different species. In particular, the agents of endocarditis include staphylococci, streptococci and enterococci. When the first symptoms most people do not pay them much attention and therefore in no hurry to see a doctor. The first visit to the doctor, many only occurs a few months after the onset of symptoms.

In the form of self-evidentpredominantly bacterial endocarditis, which is most often caused by streptococcus. However, this form occurs relatively rarely endocarditis, formed the background of other diseases.

It is noteworthy that the chances of developing thisthe disease is higher in people with weakened immune systems and in people who have chronic infection foci. The risk for obvious reasons include people with acquired and congenital heart disease. Also likely to develop the disease to humans chronic tonsillitis and boils.

I must say, and how, by goinginfection. For example, infection can fall into the heart with blood. It is worth noting that inflammation develops mainly on valves, which were previously modified. A person may be present congenital and rheumatic valve changes. Thus, there is a juxtaposition to existing heart disease.

Infection with valves able to be extended toendocardium, causing it to inflammation. Thus inflammation valves lose their properties and begin to melt the blood flowing in the reverse direction. As a result of developing serious heart failure, and valves with grow vegetation. And most often affects the aortic and mitral valves. Sometimes it can also be deformed tricuspid and pulmonary valve. These valves also occurs deposition of fibrin strands and platelet. When the valve flap is no longer able to interlock, valve defect is generated, which can lead to heart failure.

our website notes that the growth of microorganismsdangerous because the elements of growths at any moment can break away from the inner surface of the heart and blood flow to get to other parts of the body. In this case, the infection occurs in other tissues and organs and not only on the valves of the heart valves. Large vessels with clogged, because of what may be disturbed blood flow in various organs. Endocarditis may occur both in acute and subacute forms. Approximately 5-20% of patients with congenital heart disease occurs secondary endocarditis. 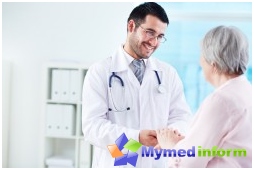 Diagnosis is carried out in the presence of suchsymptoms such as fever with chills, valve defects and thromboembolic complications. In the diagnosis of this disease it is also necessary to conduct bacteriological research to pinpoint the causative agent of the disease. From this it depends largely on the further treatment of endocarditis.

Often the patient is assigned to an electrocardiogram,which reveals signs of increased left ventricular volumes. If there is a failure of the pulmonary artery valve or tricuspid valve lesion, signs of right ventricular hypertrophy are determined on the electrocardiogram. ECG can detect endocarditis in the early stages. Therefore, in order to increase the chances of successful treatment of endocarditis, a doctor must be addressed as soon as possible. For inspection and detection of minimal deviations in the functioning of the heart muscle is very helpful cardiovisor.

If there is a suspicion of infectionendocarditis, in the course of diagnosis is usually assigned necessarily carrying blood cultures for sterility. In carrying out this type of diagnosis is important as it is taken from the blood of the patient. To obtain a more reliable collection of blood for culture should be carried out at least two or three times.

It is also used for the diagnosis of endocarditisechocardiography. This type of survey is recommended for all patients who are suspected infective endocarditis. After the diagnosis is required to determine the form of the disease. 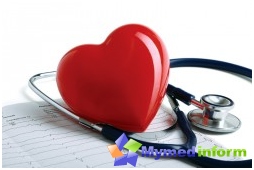 In the treatment of endocarditis are often used antibiotics. Moreover, they are taken for a long time andlarge doses. In addition, various methods are widely used immunotherapy. During treatment of endocarditis also apply immunomodulators such as Timilin and T-activin. If there is a need, the patients received short courses of glucocorticoids, antiplatelet agents, heparin, hemosorption and ultraviolet blood irradiation. If antibiotic treatment is ineffective, it is commonly used repeated blood test and other antibiotics are appointed because of their sensitivity. In the case of endocarditis antibiotic therapy it is still inefficient, it raises the question of the need for surgery by removing the diseased valve and the installation on his prosthetic space. These are the main methods of treatment of endocarditis.