disease
by admin
Life is so arranged that the musculoskeletal systemany individual, especially an athlete, every day is subjected to mechanical stress. Sometimes there microtrauma tendons or muscles, connective tissue, capillaries. If the load should be a good rest, the damaged tissue to heal, regenerate. If the holiday is not enough, you can become a microtrauma tendinitis. 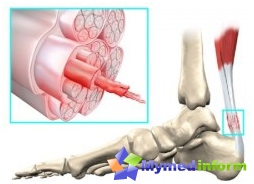 It is derived from the Latin Connectionthe words "tendo" (meaning "the tendon") and the suffix "-itis", indicating inflammation. In other words, tendonitis - is an inflammatory process in the tendon, flowing with pain, redness of the skin over the area of ​​inflammation and restricted mobility of the limb that is damaged. A pathology arises usually with inflammation of the tendon sheath (condition is called tenosynovitis) or tendon damage to bags (a condition called tendobursitom). If the inflammatory process involved more and adjacent muscle tissue, the process is called miotendinitom. Most often suffer from tendon knees, shoulders, elbows, hips, heels, the base of the thumb. Tendinitis can be acute or chronic. Ostroprotekayuschih tendonitis can be aseptic or purulent. Chronic forms are divided into fibrous and ossificans (go with the deposition of salts in the tissue). Much less common parasitic forms. Here are some of the most common types of tendinitis:

Why there is tendonitis? 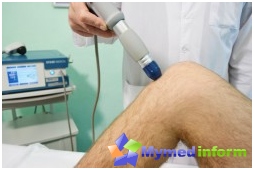 During inspection and palpation of doctor notes wherelocalized pathological process, a tendon suffers if there is swelling, crepitus, reveals the intensity of pain. An experienced physician immediately distinguish, tendonitis or arthritis patient. If there is a suspicion that the disease has arisen due to an infection or associated with rheumatoid process is carried out laboratory tests. Radiography pathology shows only when already present calcification (calcium salt deposits), that happens at a later stage of disease progression. This method allows you to see the connection with tendinitis bursitis or arthritis.

CT and MRI can detect the presence of sites of degenerative changes in tendons, ruptures, conditions requiring surgical intervention.

Ultrasonography - an additional diagnostic method, it can be used to identify changes in the tendon structure, its contractile ability.

Magnetic nuclear resonance method allows inpatients with chronic diseases to identify areas with abnormal pulses that indicate the presence of irreversible degenerative changes (scar tissue) in the surveyed tendons. Then, it may require surgery. 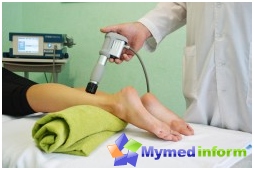 General principles of treatment in the early stages of disease are:

Sometimes it is necessary to carry out surgicaloperations, such as tendon rupture, marked degenerative changes in them, stenosing tendinitis. At the same time produce excision of the affected tendon area. Recovering after the operation goes on for two or three months. 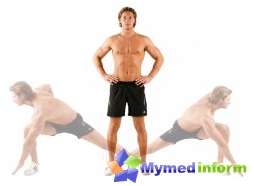 To avoid the development of tendonitis, our site will give some recommendations:

Now doctors arsenal is a lot of money andmethods for controlling various kinds tendinitis. The main thing is to have patience and strictly comply with all recommendations of experts. Then the treatment will be successful.