medicine
by admin
None of us is immune from the pain - headache,joint, dental, after surgeries and injuries ... Sometimes the pain occurs at the most inopportune moment, trying to disrupt our plans, making it difficult to work the upcoming scheduled meetings. Then can come to the aid of Ibuprofen tablets. They are often prescribed to patients with complex treatment of surgeons, trauma surgeons, nephrologists, internists.

None of us is immune from the pain - headache,joint, dental, after surgeries and injuries ... Sometimes the pain occurs at the most inopportune moment, trying to disrupt our plans, making it difficult to work the upcoming scheduled meetings, trips, sporting performances. Then can come to the aid of Ibuprofen tablets. They are often prescribed to patients with complex treatment of surgeons, trauma surgeons, nephrologists, gynecologists, internists, pediatricians. Yes, and sports doctors have it in their arsenal. Currently, there are many products under other brand names, which is the active substance ibuprofen. Therefore, our site has decided to elaborate on the pharmacological action of the drug, indications, contraindications and possible adverse effects. 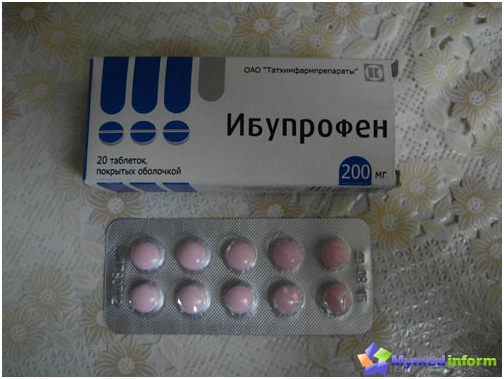 Facts from the history and description of the drug 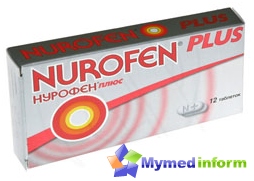 Ibuprofen many consider one of the largest andsignificant achievements of modern science - pharmacology. The history of the drug began in the 1950s. Then studies were approved in Europe, the aim of which is the search or the creation of so-called "superaspirina". That is, it needed a drug that would be similar in effect to the aspirinBut much better tolerated by the saidfacilities. And scientists have succeeded, so in 1969, in England became the first to use Ibuprofen. And the ancestor and the ancestor of Ibuprofen were salicylates - a substance from plants that have antipyretic and analgesic effects, which have been used successfully in the times of Hippocrates.

Now this drug, a largesynonyms, ie medicines whose active substance is also Ibuprofen, just let these drugs, different manufacturers, and the price they have significantly different.

What action has the drug?

Ibuprofen (Latin name Ibuprofenum)It has analgesic (pain reliever that is), anti-inflammatory and antipyretic effect. The mechanism of action is associated with inhibition (blocking) the synthesis of prostaglandins - compounds responsible for the sensation of pain, hyperthermic reactions and inflammation. There is evidence that the drug increases the production of endogenous interferon and has an immunostimulatory effect. Another fact - now experts are investigating the possibility of using the drug for the prevention and control of colon cancer and Alzheimer's disease. 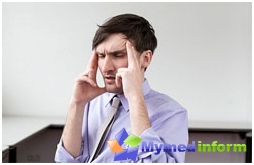 Here is a list of diseases and situations where use of ibuprofen recommended for symptomatic therapy:

How to use Ibuprofen?

The dosage selects and appoints the doctor, taking into accountthe nature and cause of the pain, as well as the age and condition of the patient. For pains in the joints and inflammation of the children after 12 years of age and adults appoint 200 mg (one tablet) 3 or 4 times a day. To enhance the effect can be taken 2 tablets, that is 400 mg three times a day. Then reduce the dose again. To the drug quickly sucked and acted, taking the first dose in the morning before eating. In general, it is desirable to take the medicine after eating, that there is less side effects. You should not take more than 6 tablets per day. Without consulting the doctor does not take the drug longer than 5 days.

If your child is less than 12 years, the dose the doctor chooses, given the small weight of the patient.

When the Ibuprofen is contraindicated?

Doctors do not prescribe medication in the following cases: 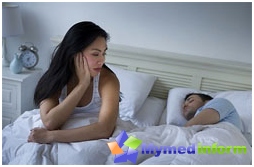 It is believed that the drug is much better tolerated than aspirin, indomethacin and diclofenac. Side effects are less common, but still mention them:

If you have the above phenomenon, we must refuse to accept the medication and inform your doctor.

whether the drug interacts with other medications?

It is not recommended to use while taking ibuprofen and acetylsalicylic acid is more, as in this case, the ability to decrease the acid thin the blood and prevent thrombosis.

At simultaneous reception with anticoagulants and thrombolytics there is the risk of bleeding.

Ibuprofen enhances the effect of insulin and other drugs that lower blood glucose indicator.

There are a number of medications, joint use with ibuprofen can lead to intoxication and increased side effects.

Yes, if the drug consumed in the wrongdoses, it may appear the following symptoms which indicate overdose include nausea, vomiting, accompanied by abdominal pain, drowsiness, tinnitus, cardiac arrhythmias, in severe cases - respiratory arrest and coma.

In such situations, the patient do a gastric lavage, give Activated carbon and diuretics. If necessary, it is assigned symptomatic therapy.

To avoid side effects, the drug should be taken in the right dosage, short courses.

If you want all the same long-term treatment, it is carried out under the supervision of the state of the blood, kidneys and liver of the patient.

In the days of the reception not to use ethanol (ethyl alcohol).

With caution used by people whose work requires quick response and attention.

Ibuprofen is produced in tablets of 200, 400 mg, in suppositories, ointments, creams, gels, syrups.

Store in a home medicine cabinet, so that it was not available to children.

Ibuprofen is considered to be a highly effective and fastby the action of the drug. It is easy to get rid of the pain of various origins. To bring the drug benefit, it is necessary before taking to meet its possible side effects and contraindications. Our website recommends that his readers will certainly consult with your doctor and pharmacist.