medicine
by admin
Loving parents always want their children weretalented, well-studied and received a prestigious profession and their rightful place in society in the future. Therefore, they could not help comparing the skills and achievements of their offspring and others of his peers. But how to help a son or daughter, if you noticed that for some indicators, they lag behind other kids?

For many years, neuroscientists use in theirnootropics Kogitum practice relating to adaptogenes and tonic drugs capable of reducing the activity of the central nervous system when it crashes. 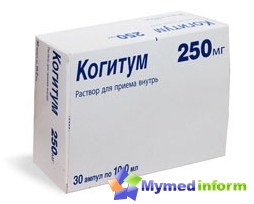 Production Kogituma engaged three Frenchcompany. In the package you'll find 30 vials of solution into use. In its vial 10 ml, it has a pale yellow color and taste of banana. Current Kogituma substance - potassium atsetilaminosuktsinat he "podhlёstyvaet" atsetilaminoyantarnuyu acid present in the tissues of our central nervous system. It is responsible for the proper and timely transmission of nerve impulses. This can be an important component called a synthesized analogue of such an amino acid like aspartic - a participant in many important biological processes. Kogitum by stimulating the central nervous system work, regulates the processes of excitation, inhibition, helps the child to develop normally, contributes to a better and more complete assimilation of information coming from the external environment, increases physical endurance, mobilizes the immune system (antibodies and promotes the formation of antibodies). More scientists found that Kogitum may be hepatoprotective properties. It accelerates the evacuation of ammonia from the body (in this case, the poisoning substance) and also reduces the negative impact of radiation on the body. 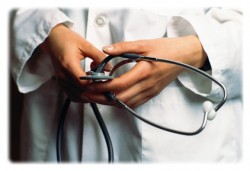 Despite the fact that the drug is available inampoules, only he used orally, that is inside. Drinking it better in the morning or 15 o'clock in the afternoon. Taste pleasant drugs, so it can not even be diluted with water. If, however, the drug mixed into the water (this is not forbidden), the banana flavor weakens considerably. The vial should be used as follows: place it on a glass or cup, then gently break off its narrower end. The solution quickly will result in the dishes, which you set up.

If you have to skip one of the methods, the dosenext time do not increase, and continue on treatment in the same manner as it was prescribed by your doctor. Each patient dose picks physician, it also defines the duration of the course. Typically prescribed to adults receiving three ampoules per day (two of them are drunk in the morning). Often course lasts about three weeks. After some time, the doctor may prescribe a second course of treatment Kogitumom.

About contraindications and adverse effects

The drug can not be used, if it is foundhypersensitivity to the active ingredient or auxiliary substances. The manufacturer does not recommend acceptance Kogituma during pregnancy and children up to seven years, this is due to the fact that more clinical data accumulated enough of these categories of the population. Yet children's doctors prescribe this tool even the baby, who has not reached the age of seven years. As a rule, Kogitum well tolerated by both children and adults (even in old age). Very rarely allergic reactions occur. If you decide to appoint Kogitum breastfeeding women, it is necessary to stop lactation. 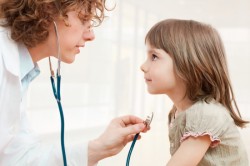 Dosage, duration of admission, the number ofKogitumom repeated courses of treatment depends on the diagnosis and the patient's age a little. In most cases, children from seven to ten years is enough to accept the solution of one ampoule each morning. But the younger generation of 10 to 18 years is better to drink a solution of the morning of the two vials. The treatment lasts 2-4 weeks.

Kogitum is an excellent componentcomplex therapy and other conditions and diseases. Parents of children who notes a delay of speech development, after a while say that in the vocabulary of the child appear one after the other new words. 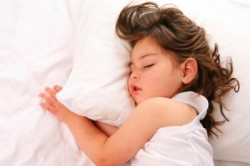 Kid quickly begins to build one clear sentence. Mental development is accelerated kids in front of:

But if a child has problems with the pronunciation of some letters, then there is unlikely to help Kogitum, it requires a speech therapist assistance.

If hyperactive child, Vulnerable, excitable, then appoint Kogitumin combination with sedatives, and the kids who have previously recorded seizures, this tool is combined with an anticonvulsant. The psyche of all children are different, sometimes parents have reported that patients receiving Kogituma have their child observed nervousness, moodiness, and sometimes cases of hysteria or insomnia.

If you think that your child's developmentIt needs to be adjusted medication, before buying an expensive Kogituma first consult with an experienced technician. Pre explain how to develop your child, verify that you are concerned about his behavior, emotions, the doctor was able to on the basis of these data to make an accurate diagnosis, and then chose the right tactics treatment.