disease
by admin
Dropsy - also known as a serious disease. This is because in the cranial cavity occurs abnormal increase in cerebrospinal fluid.

According to statistics, with hydrocephalus onlight appears every 500th baby. Sometimes the disease is detected and adults. If time does not begin treatment, the outcome of one - death. Today our site covers the main points related to the brain hydrocephalus in children and adults. 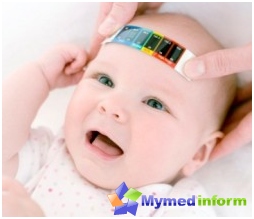 As there is hydrocephalus? In appearance and texture resembles human brain jelly, which is in the cranial box filled with cerebrospinal fluid. This fluid filled ventricles and brain. First, the liquid falls directly into them, where it turns into a closed space between the skull and the brain. Thereafter, it flows into the bloodstream. Normal intracranial pressure due to the steady process of balance, production, circulation and withdrawal of cerebrospinal fluid. If at least one of the parameters for some reason is broken, it begins the development of the brain hydrocephalus.

The main cause of dropsy consider the formation of adhesions (reaction to neyroinfektsy), head injury, as well as the presence of a tumor in the brain, birth defects of the brain and its membranes.

A prerequisite for the occurrence of hydrocephalus innewborns are infectious diseases that a woman has suffered during pregnancy. Congenital disease may not manifest itself immediately, but only a few months after the birth of the baby. Acquired hydrocephalus is a consequence meningitis, Meningoencephalitis, various intoxications and injuries.

The dangerous hydrocephalus? Excessive amounts of cerebrospinal fluid of the brain presses it to the delicate tissues of the skull bones, thus begins an irreversible process of brain damage.

The clinical picture of the disease 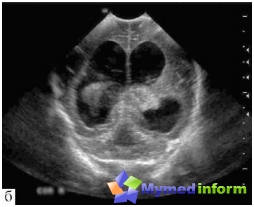 For the diagnosis of hydrocephalus using a computer andmagnetic resonance imaging, the study of the fundus, a lumbar puncture (inserting a needle into the spinal cord through the waist subarachnoid space). In the diagnosis of hydrocephalus in children who are under three years, is used general anesthesia. For kids up to six years, alternative computer and magnetic resonance tomography is neurosonography.

Character is defined in radiographsDepending on the age at which there was hydrocephalus: an adult there is destruction of the Turkish saddle, increasing digital impressions on the vault of the skull. Computed tomography and ventriculography show a sharp increase in the ventricles of the brain, atrophy of brain substance.

In the case of hydrocephalus in the first adult patientmatter of trying to find out the cause of violation of the circulation of cerebrospinal fluid in order to timely detect or rule out a brain tumor. In infants it is important to distinguish the dropsy of the head to increase rachitic origin, which is characterized by the growth of bone tissue and the skull typical rickets skeletal changes. 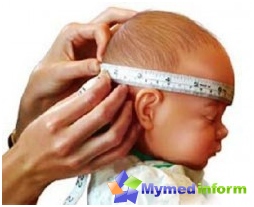 to reduce the intracranial pressureUsed diuretics, glucocorticoidhormones glycerol. However, treatment of hydrocephalus brain surgery mostly as medicines only able to slow disease development. Surgical treatment of hydrocephalus newborn babies is to ensure a sufficient amount of cerebrospinal fluid outflow tract of the cranial cavity (bypass procedure). In case of illness of an adult trying to first of all address the causes of the outflow tract obstruction of cerebrospinal fluid (for example, removal of the tumor, dissection of adhesions).

The prognosis of unfavorable neonatal hydrocephalus; the outcome of hydrocephalus in adults depends on the possibility of surgery for the correction of the reasons that caused the disease.

Surgery for cerebral edemabrain in 86% of cases have positive effects for the patient. The result of bypass surgery is becoming a complete removal of excess cerebrospinal fluid in adults. In the operated person has all the chances to return to a normal life. But after a certain time it will still need a full or partial replacement of the shunt. When the disease dropsy children due to increased volumes of checks carried shunt head several times.

The leading trend in the development of advancedmethods of treatment of the disease is the so-called minimally invasive endoscopic surgery. You can use it to install a shunt system, and remove the obstacle outflow of cerebrospinal fluid cyst or tumor. 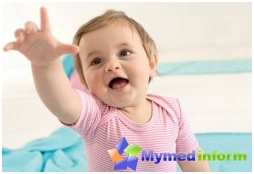 Pregnant women should be very responsiblerefer to its position: regularly seen by a doctor, to do everything possible so that the child was born at term. After birth control and responsibility should be double - baby should be protected from any, even minor at first glance, head injuries.

The following rule applies to children and adults. If possible, it is necessary to protect yourself and your child from inflammatory diseases of the central nervous system infectious nature. They are, unfortunately, most notably increase the risk of hydrocephalus.