Other
by admin
To gynecologist could recommend effectivetherapy patient who came to the reception, of course, you first need to make an accurate diagnosis. This doctor helped by various studies, one of them - colposcopy. This method makes it possible not only to identify the pathology, but also prevent the development of disease. 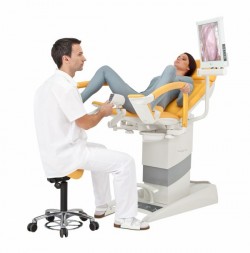 Colposcopy - a method of gynecologicalresearch in which with the help of a colposcope is conducted in-depth, thorough examination of the cervix, as well as the vestibule, its walls. Colposcopy is called a microscope, having a special design. The first managed to create a colposcope Hans Ginzelmannu. This happened in 1925. This news is very pleased with specialists gynecological practice. Soon after the device has received worldwide recognition. The main objective of this survey - to identify centers of degeneration of the epithelial cells erosionAnd in some cases - in neoplasia (precancerous itstate). The procedure can be combined with the usual gynecological examination. She spends her gynecologist in the antenatal clinic, clinic or diagnostic medical center. Developed several techniques of the colposcopy, allowing the early stages of all notice the abnormal processes in the cervix and cervical canal. This survey allows timely notice the beginning of tumor development and save the life of a woman. Colposcopes are constantly being improved. Now, many manufacturers provide them with additional photo adapter can be connected camera, so you can take a picture of an object of study. Now in the arsenal of doctors there videocolposcopy, allowing to obtain good quality color image on a computer monitor.

As the primary method of screening studies anddiagnostic colposcopy is indicated for all women over thirty years. More colposcopy is performed for all women who are at risk of developing cancer. After treatment, this procedure the cervix is ​​carried out to monitor the state of the cervix. If a patient came to the doctor with complaints, the gynecologist is required to appoint her to a colposcopy to examine the state Department of sighting of the sexual sphere. Colposcopy is also necessary, if conducted by cytological analysis shows that there is dysplasia. Thanks to colposcopy gynecologist detects the exact disposition of pathological cells. When he notices foci, the biopsy will be performed if necessary. 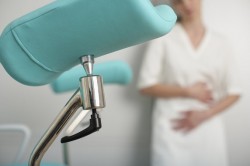 This procedure is not carried out:

Extended colposcopy is contraindicated if a woman has allergy acetic acid or iodine.

Do I need to prepare for the procedure?

Best of all, if colposcopy will be heldimmediately after the cessation of menses or a few days before its beginning. Over the two days prior to the survey, it is desirable to refrain from intimacy or to use a condom. On the eve of undesirable conduct douching, use vaginal creams. You can just take a pill to the survey paracetamolTo reduce pain.

How is the procedure? 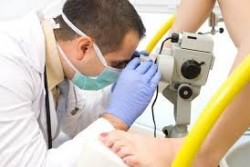 Colposcopy is possible to spend in thegynecological office, where there is a colposcope. This device on a tripod, where there is light and the possibility of using a lens to increase the image in the 15-40 times (or more). Colposcopy lasts 20 to 30 minutes. First, the patient undresses (below the belt), then it needs to stay in the gynecological chair. In a first step the physician to visually inspect the first vagina and cervix, and then using special mirrors. These mirrors during the entire examination will be in the vagina. To avoid drying occurred mucus on the walls of the cervix and their permissible irrigation with saline. The second stage will be introduced into the vagina gauze tamponchik previously soaked in a solution of acetic acid (its concentration - 3%). our site immediately warned its readers that at that moment they will feel a burning sensation, have a little patience. The doctor then examines again using a colposcope previously specified area. At this point, areas with pathological changes in the cells turn white, so they are easier to see. During the third phase will be put into the vagina tamponchik, pre-soaked in Lugol's solution (iodine solution). Healthy epithelium at this time under the influence of iodine stained brown, but the areas with pathological changes become yellowish. If the doctor deems it necessary, it will take a biopsy and, "otschipnuv" specially designed for this tool a piece of tissue (about two to three millimeters). It is a few seconds of uncomfortable sensation for the patient. After the examination, the biopsy will be taken to the laboratory where it examined using special reagents. The results in a few days will go to the doctor. If the gynecologist conducts the cervical canal curettage (scraping it), then due to spasm of the neck is quite possible unpleasant sensations such as pulling.

After colposcopy within three days of a womanwe need to use sanitary napkins ( "dailies"). These days, slight spotting from the vagina, they are associated with minor damage capillaries. Occasionally there will be liquid discharge stained brownish or greenish in color, odorless. It is quite normal after such a procedure. What is forbidden in the first five days?

The technique used for years, it is safe, does not give complications if carried out an experienced technician. Only in rare cases are possible:

If these symptoms persist during the day, it is necessary to immediately seek the advice of your doctor. In general, you can not hesitate with the massive bleeding.