Home>Gynecology>Types of abortion and its consequences

Gynecology
by admin
Abortion - is the termination of pregnancy for a period notexceeding the 28 weeks. And let the baby is still very tiny, but it is a little man. Grasp the writing of this article, I set a goal - to tell all the nuances of abortion for girls and women, the likely consequences of abortion.

Pregnancy - extremely joyful event. What could be better than one thought that soon you become a mother and you will keep on tiny hands, the most dear in the world of creation - their child. But sometimes, under the weight of circumstances, many women decide to have an abortion. Today, our site will talk about the types and consequences of abortion.

This is a terrible word "abortion" 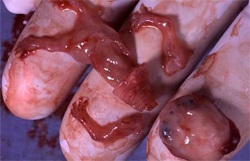 Abortion - is the termination of pregnancy for a period notexceeding the 28 weeks. The terrible word - 5 letters identifying the murder of her child. And let him still quite tiny, and doctors refer to it as "fruit", but this is a little man. Grasp the writing of this article, I set a goal - to tell all the nuances of abortion for girls and women, the likely consequences of abortion. And I'll be incredibly happy if this article will save at least one little life.

Yes exactly. Abortions are spontaneous. This is due to various diseases when underthe action of infections, poisoning, or other factors, pregnancy is terminated. In people, it is called a "miscarriage". To avoid this from happening, the expectant mother must take care of yourself, eat right, do not be nervous, do not smoke or drink alcoholic beverages. I note that in our country about 20% of all pregnancies end in miscarriage.
With aching pain in the abdomen and lower back, withbleeding or any other secretions - urgently address to the doctor, but rather immediately call the ambulance. In many cases, the responsiveness of the child manages to save lives. Do not tighten, remember that your life is at stake, too!
All other abortions are called Silk. That is, the expulsion of the fetus from the uterusinterference occurs when the part. If abortion is made a doctor, it is called legal. If a woman aborts a pregnancy on their own - it's criminal abortion. And these women very much. They deliberately take hot baths, falling on his stomach, trying to scrape the fruit of their own from the uterus, take some other action. And, as a rule, did not think, than it can end. I do not want to scare anyone, so here only the facts. The consequence of such an abortion infertility, irreversible damage to the uterus, inflammation, sepsis, bleeding of varying severity, death. And yet, most often young girls, are introduced into a search engine solovosochetanie "home abortion", followed by Internet based advice, risking two lives already! Never made attempts to terminate a pregnancy on their own!

Ira became pregnant at age 19. She and her boyfriend - a prestigious university students, and the decision on abortion was passed unanimously. And, despite the fact that she and her partner - the future doctors, the clinic decided not to apply (and suddenly parents find out!). She took mustard bath, and at night woke up from a terrible pain. She began to bleed. They called an ambulance (parents still know it!). A few hours doctors fought for his life failed mother. After a month the hospital and infertility. Today Ira 37 years old, she is a good pediatrician treats children every day. And in my head sits idea - I, too, could be a kid. I will add only one guy left her immediately after the incident. Now he has a family and two daughters.

If you do decide to have an abortion, then thisthe procedure will start for you with preliminary analyzes. This usually ultrasound or urine tests to confirm the pregnancy (it is better to pass ultrasound to make sure that the pregnancy is not ectopic). Then a blood test for HIV, syphilis and hepatitis, as well as a smear on the microflora of the vagina. In some clinics conduct more thorough preparation - make a cardiogram, carried out a detailed analysis of blood. Almost always requires a chest X-ray results (max. - Year-old-old). Once deposited assays (incidentally, some other possible case analyzes in the presence of chronic disease), the form is determined abortion.

Such an abortion is on the stage of pregnancy is notmore than 4-5 weeks (optimally up to 20 days from the day of the delay). The procedure lasts about five minutes and is performed under local anesthesia. The uterine cavity is entered vacuum suction that removes the ovum. A few hours later the patient goes home, and two weeks later to be a mandatory visit to the gynecologist.

Contraindications for mini-abortions are any inflammatory processes, infections of female genitalia.
EffectsIn spite of the speed of the procedure, and submitted to theminimize damage to the uterus, undesirable effects are still there. Chances are that the fertilized egg is not completely removed, which can lead to infections and repeating the procedure. However, with such a termination of pregnancy probability of complications is slightly lower than after other types of abortion: the period of uterine wound is much smaller and the likelihood of serious consequences, leading to infertility and miscarriage, almost zero, especially if you make the mini-abortion on a very small term.
cost of operation - About 2500 rubles. 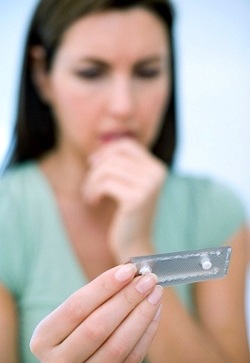 Even the name makes it clear thatsurgery occurs. The expulsion of the ovum by means of special tebletizirovannyh drugs. Such an abortion is done before the 63rd day after the delay menstruation and only under medical supervision.

It hurts to see how preparations for medicalabortion freely sold in online pharmacies. After all, only a trained technician can determine the correct dosage of the drug. So do not try to do a medical abortion by yourself!

This procedure is also done in a hospital. The patient takes the pill and 2 hours under a doctor's care. After that receives the necessary instructions and sent home. Two days later, visual inspection and ultrasound, which shows whether the expelled completely fertilized egg.

Contraindications. As with abortion-kick goes through the body, not just the uterus, there are a lot of contraindications. That disease of the stomach, liver, adrenal glands, heart, hypertension. hysteromyoma, Breastfeeding and even hemorrhoids. Therefore, a qualified doctor should carefully consider your medical card.
Effects: in this abortion uterus is not injured, as in other cases, but there is a serious interference in the female hormonal backgroundThat properly faces the menstrual cycle and operation of some glands (thyroid, adrenal gland, etc.). Bleeding is usually not compounded.
cost of - About 6000 rubles.

Or classic. It is the most traumatic and most common abortion. It held for up to 16 weeks of pregnancy.
The doctor scrapes a blind patient's uterusspecial tools, and then removes the major part of the fetus with forceps. It is done under local or full anesthesia. The patient is a few hours in the hospital, and then goes home. Two weeks later assigned control medical examination.

Contraindications: infectious and inflammatory processes of female reproductive organs, a situation where the previous scraping less than six months.
Effects that abortion may be the most serious. Traumatize the cervix, the uterus itself, and sometimes that can threaten its removal. Typically, there is almost always uterine bleeding. Perhaps the entry of various infections, the occurrence of inflammations, nevynashivaemaya pregnancy, cervical erosion and etc.
cost of - 1500-2000 rubles.

They are not very common, but do exist. For a period of 16 to 28 weeks make a small cesarean section. Average cesarean, only meaning that is carried out at low pregnancy. Children in such terms is already able to survive. It's scary, when the physician breaking a child sacrificed by placing it in the refrigerator.
Intra-amniotic injection of fluid - in the fetal bladder instead of amniotic fluid injected brines. A child dies slowly and painfully.

Note that it is not correct to say which of the speciesAbortion best. They are dangerous to health, and sometimes a woman's life. The best method is not! Any abortion may have serious consequences for your body, regardless of whether it is first or third and in what way was made. 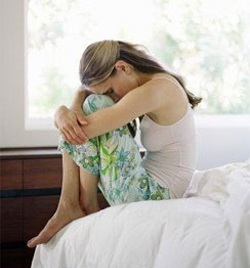 To minimize the possible consequencesabortion, you must, within three weeks after the procedure to follow some rules. Give this a period of sexual intimacy. Avoid peretruzhdaetsya not lift weights, not supercool. Do not take a bath, only a shower - twice a day. Most often change clothes, do not swim in open water. And with the appearance of severe pain, increased bleeding - consult a doctor immediately.

P.S. And I'd add the following. Abortion - this is very serious! After all, there is also a psychological moment. Many women all his life in perfect repent, suffer from insomnia, depressed. It's very scary - to live and to know that you killed her child. And whatever the circumstances, find the strength and keep the life of your baby. Believe me, as soon as you first take him in my arms, you will find that with him and for him overcome any obstacles and solve all the problems. For greater happiness than motherhood for a woman, no!