How to live with Asperger Syndrome? What should be family support to such patients? Answers to these questions you will find in the article.

How to live with Asperger Syndrome

Almost 1/3 patients with Asperger syndrome are capable of performing
«Normal» work and live yourself, although usually can not
To carry out both. The most capable - 5% of the total
patients - in many cases it is impossible to distinguish from normal people, but
Adaptation problems can be detected with neuropsychological
Testing.

Asperger's syndrome usually leads to problems in normal
Social interactions with peers. These problems can be
Very serious, especially in childhood and youth; Children with syndrome
Asperger is often victims of Zadira, offenders and hooligans at school
due to their specific behavior, speech and interests, and because of their weak,
or still undeveloped ability to perceive, and adequately and
socially permissible to respond to nonsense, especially in situations
Interpersonal conflict. Child or teenager with syndrome
Asperger is often puzzled by the source of such bad circulation, not
Understanding what was done «not properly» («Not according to the rules», «not by
Concepts»). Social rejection Asperger's children with syndrome can reach such an extent that they create Imagined friends
for the company (although it is, of course, not a special feature of Asperger's syndrome;
A non-soldering child can do the same). Even B
life, many people with Asperger syndrome complain about the feeling that they
involuntarily become disconnected from the surrounding world. 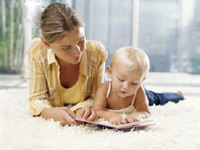 Children with Asperger syndrome often demonstrate advanced for them
age ability in language, reading, mathematics, spatial
thinking, music, sometimes reaching «Gifted»; However, as
It was noted above, it can be balanced by noticeable delays in
Development in other areas. These features, in sum, can create problems
for teachers and other persons with prestige or endowed
Power. Here may have the meaning that one of the social
agreements that most people with Asperger's syndrome ignore are respect for authorities. Ettwood notices their tendency to feel,
that with all people it is necessary to appeal equally, despite their position
in society; A student with Asperger syndrome may not show respect,
until it decides that it was earned. Such attitude many teachers
either do not understand or make a strong exception for him. Like I
majority Gifted deTto her,
A child with Asperger syndrome can be considered teachers «Problem»
or «no sense». Extremely low tolerance and motivation of the child to
what he perceives as monotonous and unpretentious tasks
(like a typical homework), can easily disappoint; teacher
may even count the child arrogant, malicious and naughty. BUT
At this time, the child silently sits at the desk, feeling frustrated and
unfairly offended, and often not knowing how to express these feelings.

Asperger's syndrome does not dry out a person for an unhappy life.
Intensive concentration and tendency to logically solve problems,
characteristic asperger syndrome, often give people with high syndrome
The level of abilities in their field of interest. When these special interests
coincide with a material or socially useful task, individuals with
Asperger syndrome can often live in prosperity. Baby boy, passionate
navigating architecture, can grow and become successful
Ship carpenter.

On the other hand, many people with Asperger syndrome can too much
acutely to experience violation of their daily rituals or the impossibility
express oneself. For example, baby with Asperger Syndrome
may be a gifted writer for his age and will be with
I am pleased to work on your stories during the lessons. And teacher
may insist that the student, instead, was attentive to the lesson
or worked on the homework. Non-autistic child
In such conditions, it may be a little upset, but most likely
Listen to the teacher. For a child with Asperger syndrome, on the other
Parties, this test can be extremely traumatic, and the reaction -
Mind teachers and other children in class: usually closing
The child suddenly is angry or disappears disproportionately. Criticism
actions of a child at this moment (for example, as immature or
disrespectful) can strongly damage self-esteem
child, which is so rather fragile.

Partners and family members of people with Asperger syndrome are often more susceptible Depression,
than the population on average, because people with Asperger syndrome can not
spontaneously express sympathy, and can be very literal; with them
can be difficult to emotionally communicate. However, the fact that they are not
show sympathy (or, at least, do not make it familiar
in the way) does not mean at all that he or she does not feel her.
Understanding this can afford a partner not to feel
rejected. There are ways to circumvent these problems, for example, not
hiding their needs. For example, describing emotions, you should talk
straight and avoid fuzzy expressions, like «disappointed», When emotion
more accurately described as «evil». Very often the most
Effective simply state in understandable, which is
the problem and ask the partner with Asperger's syndrome about his emotions and
Causes of concrete emotion. Very helpful if a family member or partner
Read as much as possible as Usperger syndrome and about others
associated disorders (such as those mentioned in this
article).

One of the main problems of people with Asperger's syndrome is that
surrounding do not understand their features, and explain them
«Abnormality», «Escape» or «Lazy». The problem is that from
they are expected to be the same standards and behaviors as from most people,
and the people of the autistic spectrum themselves often place inadequate
requirements. It is important to understand that a person can be talented and successful in
one, and noncompeatient in the other, even if it is another such simple
thing as a conversation by phone or just a secular conversation. However, that
It is important to understand with respect to all people - we exaggerate our similarity and
often do not notice or discriminate people with differences and it
applies not only to Asperger's syndrome.