disease
by admin
As a child, many children who do not want tocold weather wear a hat, fussy grandmother meningitis scare. They say that this disease is, when the brain becomes inflamed. And really nothing to talk about meningitis and can not. In such cases, some grandchildren still reluctantly pull headgear annoying, while others continue to defy the youth, they say, their illness will not affect ...

Over the past year in more frequent outbreaks of meningitisRussian regions. From time to time on television and radio news, we hear reports of that recorded foci of infection in the Voronezh, Rostov, Lipetsk, Nizhny Novgorod, Astrakhan regions. Touched meningitis and the Republic of Adygea. Disease is detected in Moscow. Is this contagious disease can not only those who suffered hypothermia or "picked up" by someone dangerous microbes. Ill be the can anyone - infant, detsadovets, pupil, student, salesman, office manager ... Therefore our website has decided to tell his readers more about the distinctive symptoms, signs of illness and the actions after their discovery. 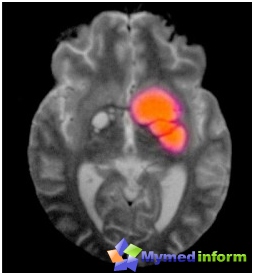 Doctors call acute meningitis proceedingan infectious disease in which inflamed the brain and spinal cord. The culprits (pathogens) meningitis are viruses, bacteria, such as meningococcus, pneumococcus, spirochetes, TB or Haemophilus influenzae, enteroviruses. It belongs to serious diseases that pose a danger to human life, if time does not provide the necessary medical care. Severe disease occurs in children. The younger the baby, the greater the likelihood of death or complications. To a greater extent susceptible to this infection weakened, premature babies or those who injured his back or head, has the defects of the nervous system. Complications are rare. But sometimes after undergoing infection a person loses sight, hearing, suffer from epileptic seizures or paralysis. If the time has been lost, not to provide adequate treatment, it is possible coma. Meningitis is divided into primary, which arose as a distinct disease, and secondary, that is developing after pneumonia, sinusitis. otitis, Mumps, windmill. rubella, Boils ... 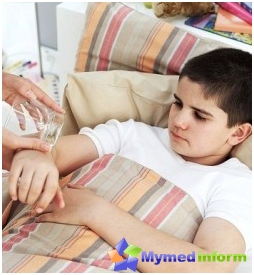 Meningitis - a serious, infectious disease,surrounding transmitted from the source (carrier) infection. And if you notice the symptoms, but not 100% sure, it is better not to endanger the life of the native people, friends, and immediately call "ambulance". Let the doctors will understand in diagnoses than youYou will blame themselves for mistakes. While traveling medical team, the patient should be isolated, and those who are with him in direct contact, wear, possibly designed to mask such cases. Pathogens are transmitted through the air (this way is called a droplet). Some try to make yourself sick antibiotics or other means, read the information inInternet. But such actions can be unintentionally hurt relative suffering. Antibiotic therapy is prescribed only after a puncture is performed, ie a puncture in the lower back area with a fence of spinal fluid. Do not try to treat a patient with folk remedies, fueling hope that it succeeds. If you do not suppress the infection potent drugs, it can spread to the bloodstream, it causes severe intoxication, resulting in coma. If you suffer from brain and other systems that are under its direct control. This condition requires immediate action on the part of qualified, seasoned experience, the medical staff in a hospital setting. If after hospitalization the patient will be immediately assigned to the correct, adequate measures, then he has every chance to recover quickly and return to normal life. The attending doctor will to fight the disease in several ways:

After a course of treatment of meningitis in the hospital, the patient will have a long period of recovery at home. 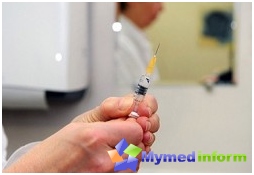 Even timely vaccinations do not give 100%guarantees that a person avoid infection with meningitis. The stronger the immune system, the more likely not to get sick. And if you still had the per person share of the disease, then our website is strongly recommended as soon as possible seek professional medical help. All this will allow to avoid serious complications. Be attentive to the health of loved ones and their own!