Gynecology
by admin
When planning a pregnancy it is important to know,when a woman ovulation. It's pretty simple - you are targeting on their own feelings, using tests to determine it, to measure the basal temperature or visit a doctor. 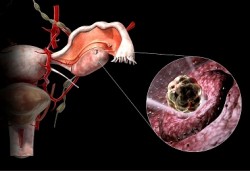 Ovulation is a process when a mature, ready tothe fertilization, the egg leaves the ovarian follicle and moves into the abdominal cavity, this is the stage of the menstrual cycle. Ideally, it lasts 28 days, favorable days come on 13-15 days. However, this does not happen in every woman, the cycle can be from 19 to 45 days, and this is not considered a deviation, but a physiological feature of the body. At this time, the maturation of the egg before it leaves the ovary can be from eight days to a month. This is because the body needs a certain amount of time to reach the limit level of estrogen hormone. When the amount of estrogen reaches a peak point, it provokes a sharp release of luteinizing hormone (LH). LH just makes the egg break through the wall of the ovary one to two days after its increase.

The reason for concern may serve opsometriya- A delay of over two months, and amenorrhea - delayed bleeding more than six months - in this case an urgent need to consult a gynecologist.

The lack of mature egg cells can also be observed during the first three months of the abortion, Within a year after giving birth, and in women after 40 years, in which the body is in a state of predklimaticheskom. 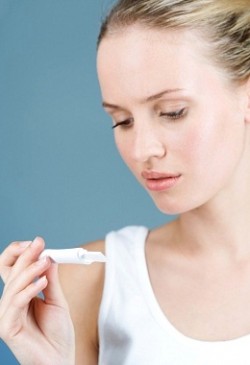 In order to understand that now they are the most auspicious days in the 21st century it is possible to use several tools:

Let's look at each item separately, as very often lack the minimum knowledge to determine the best time period to get pregnant.

Drawing, intermittent abdominal pain in the middle of the cycle may mean the beginning of ovulation. They can continue as a few minutes and several hours.

Pain can be observed both in the ovary area, soand at the very bottom of the abdomen. In some women, the exit of the egg from the follicle is quite painful and noticeable, in others, pain can be felt during urination or intercourse. The main thing is to listen to your body and observe.

Another important feature may be sharpan increase in mucous discharge from the vagina. This is due to the fact that the body matures favorable environment for the life of the sperm from the moment of its penetration to fertilization.

Quite often, women experience increased sexual excitability at the stage of ovulation. Therefore, if you are not planning a pregnancy it is now, very recommended to get serious choice of contraceptive.

Observe these phenomena, we can understand that now is the good time for conception.

In fact, basal temperature is very importantfor every woman. Its measurement can indicate both the favorable days for conception and a possible pregnancy, and the changes that occur in a woman's body: hormonal disorders, Reproductive system diseases. Also, basal body temperature measurement can help diagnose anovulation, when there is no maturing ovum ready for reproduction.

In the first follicular phase of the menstrual cyclethe temperature is quite low and amounts to 36.3-36.5 degrees (data can fluctuate by 0.1 degrees). Before the stage, leaving the egg from the ovary, most often the temperature rises (less likely to occur, it decreases) to 37.1-37.3 degrees. On the day of ovulation, a stable temperature, which is established at the beginning of each cycle, makes a sharp jump of no less than 0.2 degrees.

If the temperature is measured with a view toprevent unwanted pregnancies, it is important to begin to use contraception for at least 4 days prior to ovulation as possible, and have not less than 2 days after its occurrence. 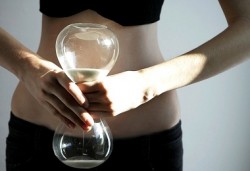 Modern test strips for determining ovulation aimed at identifying the luteinizing hormone (LH). His sharp emission occurs in a woman's body for 24-48 hours before the rupture of the follicle.

better start to use the test not justlater than 17 days before the expected menstruation with regular cycle. If absent, then you need to choose the shortest cycle for the last six months, and, guided by these data, begin to carry out the test.

However, if there are large delays,the use of the test is impractical, as sometimes errors occur in the test. His mistakes are due to the fact that he does not directly indicate ovulation, but only the release of the hormone LH, which for many reasons can be associated not only with the release of the egg.

Today it is the most reliable method fordetermining ovulation. It is held strictly under medical supervision. The first trip to the gynecologist is best to plan immediately after completion of bleeding. The doctor will conduct all the necessary tests, swabs and ultrasound. All this is necessary to plan pregnancy without complications.

held ultrasound monitoring to detect ovulationat least three times during the month. The doctor will monitor the growth of follicles in the ovary, as well as the development of the corpus luteum. Before ovulation, the follicle reaches a size of 19-24 mm in diameter after - decreases. A after 2-3 days of the corpus luteum is formed locally ruptured follicle.

However, all this is possible only in case of a regular cycle. If it does not exist in the first place it is very important to consult a doctor to determine the causes of the lack of regularity.

The reasons can be many. Here are the most common:

Identifying and resolving these issues is critical.at the slightest suspicion of their presence. Examinations and treatment are usually not cheap, however, women's health and a desired pregnancy should outweigh this scales.