food Hygiene
by admin
This diet has more than 40 years. It was developed by cardiologist Robert Atkins of America as an individual weight-loss tool. Although he later decided to publish the principles of their diet and as a result over time, this method of weight loss has become popular all over the world. For the first time published a weight loss technique Doctor in his book "A revolutionary Atkins diet", which is published in 1972. 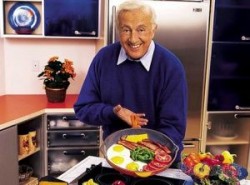 The essence of the diet is very similar to a low-carb French Dukan diet and based on the low carb diet. As is known, the shortage of carbohydrates as a primary energy source, the body has to get energy from fat. The main goal of this diet is the restructuring of the metabolism so that the body is used as the source of its strength body fat. Furthermore, the aim is to maintain the diet also at the same level of blood glucose. Diet allows you to get rid of cravings for sweets in general from excessive food addiction.

The Atkins Diet is held in four major phases. In this first phase duration is two weeks, t. E. 14 days. During these two weeks the human body receives a minimum amount of carbohydrates. At the same time due to the fact that will be spent inside body fat, should align the balance of calories.

Rules of the first phase 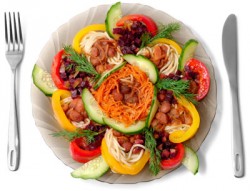 In this phase, to be increased every weekthe amount of carbohydrates to 10 grams. It is important to supplement your diet during dieting other carbohydrates, but at one time there should not be more than one new carbohydrate product. If during the diet you notice that gained weight, it is best to return to the level of carbohydrates, which is adhered to before. In this phase, you want to exclude from your diet when diet foods that contribute to weight gain, increased appetite, and a return of symptoms that manifest during the first phase. It is also necessary to exclude products that can retain water in the body. During this phase, it is recommended to regularly take vitamins and more to include in your diet and fat-containing protein foods. 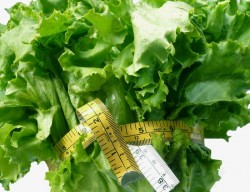 This phase is called the phase of maintaining a constantweight. In this phase, you need to strictly limit the amount of carbohydrate intake. This is necessary in order to maintain a constant weight. Do not forget to continue to carry out periodic exercises. Continue to drink vitamins and fight with their addictions. Watch your weight and do not let it increased by more than 2 kilograms from ideal.

According to the words of Dr. Atkins,he developed the power system not only helps lose excess weight, but also improves the general condition of the organism. The fact that, together with overweight, safely excreted toxins that are commonly found in body fat. In addition, a cardiologist believed that eating protein products, which tend to have a low glycemic index is able to normalize blood sugar. Because protein is absorbed much more slowly than carbohydrates, this excludes cases when the level of glucose in the blood rises sharply.

At the same time, the doctor just said that thisweight loss method is not suitable for everyone. In particular, it is not recommended for pregnant women, nursing mothers, as well as people who have kidney disease. 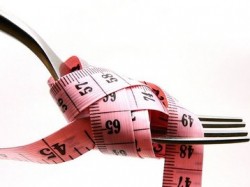 The second and third phase. The menu is built in the same way as in the first phase, only carbohydrate food already used at 5-10 grams more.

Our website would like to note that the mainthe dignity of the Atkins diet is that weight loss in this case is not sharply, but gradually. It teaches a person to control their weight. In addition, it is also important that this diet rarely feel hungry. Generally quite unlikely that a person who will take this diet will be broken, and again pick up the extra weight. The advantage is the fact that once a person lose a lot of weight, his muscles become flabby. In addition, meals according to the rules of diet teaches you to choose for themselves useful products and teach you restrict the intake of carbohydrates and fats. This will prevent many health problems and, in particular, will save you from a lot of heart disease and diabetes.

It is believed that as a result of diet on weight lossAtkins, in the gall bladder and kidney stones can form. If this diet is possible digestive disorders. In particular, patients may receive temporary constipation, Bad breath, severe nausea. It is also believed that the Atkins diet cancause beriberi. This is due to the fact that the diet is not balanced. In addition, according to doctors, food intake, which is rich in fat, is a direct route to a heart attack and cancer diseases. It is believed that to prevent cancer should eat more vegetables, not meat. Although it is still a highly controversial issue.