Home>Pediatrics>Pertussis: the immune defense of the body

Pertussis: the immune defense of the body

You can not find an answer to the question "why a childso terrible cough, just like a dog barking or a rooster cry "? The topic of this article - the causative agent of whooping cough, symptoms and treatment of the disease. We talk about prevention and sustainable immunity to pertussis. 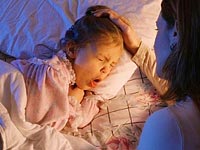 Severe Pediatric Infectious Diseases, whichmore susceptible to kids aged 1 to 5 years. If a group of children without vaccinations is at least one child with an infection, be sure to all the other sick. Due to mass vaccination and vaccinations children receive protection against pertussis, it saves them a strong immunity and the disease is almost non-refundable.

The disease is caused by bacteria, bacillusBordet-Zhang was opened in 1906. This pathogen is characterized by a very short-lived, they can become infected only in person and not through the dishes or toys. The bacterium organism penetrates the mucous. In the early days of the disease the child is particularly contagious. In identifying the symptoms and treatment of pertussis sometimes there are children with the erased form of the infection that occurs due to mass vaccination for lasting proof of immunity. In such cases, the disease can be mistaken for the common cold and SARS.

In the respiratory tract bacteria live from 3 to 15days. At this time, the child feels good - this is the first period in the development of the disease. Second, catarrhal period can last up to two weeks. It is already quite perceptible inflammation, baby health is deteriorating due to the fact that the toxins in the blood were microbes Bordet-Zhang, causing poisoning of the body and triggers severe coughing fits. The antibodies are detected in the blood of 2-3-th week of the disease and disappear after a few months. 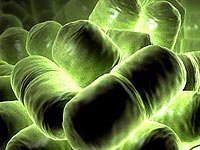 When coughing becomes painful, intrusive andthe child can not cough begins next period - spasmodic. Now the cough is accompanied by amplifying the whistle, because of the narrow slit throat and becomes like a cock crow. The attack ends with cough sputum or even vomiting. The amount of heavy cough attacks can be up to 30 times a day, and accompanied by loss of appetite and sleep, general lethargy is regarded as a severe form of whooping cough. In addition to "cock" in cases of severe cough attacks marked reddening of the face, until the cyanosis, tears in the eyes, increased blood pressure and heart rate, rapid breathing. Then comes the period of authorization of the disease and recovery occurs. The cough becomes less and less, sputum loses its transparency, becomes mucopurulent. 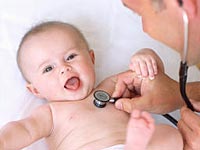 Detection of blood immunoglobulins A and M- Serological diagnostic method of the disease is an indicator of acute infection. During the development of infection are rising not only specific titles, and titles of other immunoglobulins. Determination of antibodies to pertussis infection - the leading diagnostic method. The disease occurs in the absence of antibodies to pertussis or at their low levels in the blood, but described the cases of the disease and at high levels of immunoglobulins, when a child becomes ill shortly after vaccination. The presence of specific protective systems in vaccinated children is not always a sign of disease.

To confirm the infection is also doneSerological diagnosis: with a negative result revealed the absence of the pathogen in the mucous membranes of the nose, throat and sputum. On the contrary, the detection wand Bordet-Zhang is a sign of an acute process.

With the introduction of active immunization changedthe clinical course of the disease. Planned vaccine prophylaxis using DTP ensures stable immune defense against whooping cough. The presence of immunoglobulin A and G in the blood is not a contraindication to vaccination.