disease
by admin
Ulcerative colitis is a disease thatIt affects the colon mucosa. The disease is usually first develops in the rectum and then gradually extended to other parts of the colon. The disease usually manifests itself in the form of ulcerative inflammation. This inflammation may be of different intensity.

Treatment of ulcerative colitis usually takesseveral years and thus requires efforts from both the patient and the physician. Most often the disease occurs in people in the developed cities, and noted that people in the northern hemisphere get sick more often than people in the south. 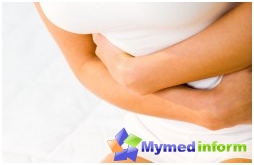 The symptoms of ulcerative colitis vary. Thus, some patients in a few years may persist decent feel, while disease may show only the presence of blood in feces impurities. In this case, people are often not in a hurry to carry out a full examination and often addicted to self-medicate. In some people the disease on the contrary, starts very badly. At the same time they are hospitalized with multiple bloody diarrhea, heat, Fecal incontinence, abdominal pain, general weakness and palpitations.

Among all the symptoms of ulcerative colitis are most common symptoms such as blood in the stool, diarrhea, pus and mucus in the stool, constipation. In addition, the disease is characterized by false urging to stool, fecal incontinence, nocturnal defecation, pain and abdominal distention. Sometimes signs of intoxication. These characteristics are especially fever, rapid heartbeat, vomiting, dehydration, weight loss and loss of appetite. In rare cases, the addition of these symptoms for ulcerative colitis manifest extra-intestinal symptoms. In particular, marked ocular disorders, joint disease, a rash on the skin and mucous membranes, blood clots, and damage may occur bile ducts and liver. Moreover, these disorders can occur even before they start to appear bowel disorder. 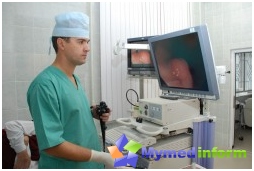 By the way, barium enema method is considered to be one of thethe main diagnostic methods for suspected ulcerative colitis. Only this method is usually not carried out an exacerbation of the disease. In the X-ray examination revealed ulcerative colitis individual bowel segments spasms, mild thickening of the gut, increasing the number of involuntary movements, as well as mucosal granularity.

Status intestine during diagnosisIt depends on the severity of symptoms and the severity of the disease. Thus, the mucosa may be in a normal condition or with signs of peritonitis. During palpation of the rectum, the patient may be detected by a fistula, fissure anus, perianal abscesses, spasm of the sphincter, the presence of pus, blood and mucus, the rigidity of the intestinal wall, as well as roughness and thickening of the mucous membrane.

As the diagnosis of ulcerative colitis oftenused endoscopic examination of the colon. If there is an exacerbation of the disease, this type of survey carried out without a pre-made enema.

In addition to the basic methods of diagnosisthis disease include colonoscopy and sigmoidoscopy. These surveys reveal the presence of mucus, blood and pus, which appear in the defeat of the rectum and which cover the mucous membrane. In addition, in the diagnostic methods of using these patients is defined redness and swelling of the mucous membrane of the rectum. In addition, various detected on mucous erosions and ulcers. Such education is usually at the bottom covered with pus. If diagnosis is detected during a single ulcer, it may be an indication of the presence of cancer. With long-term course of the disease in the mucosa of a marked edema. Moreover, in these patients during inspection determined excessive epithelial regeneration in which pseudopolyps formed. With colonoscopy, inter alia, it is possible to determine not only the extent of injury, and its severity. This is especially true if the patient has a malignancy. 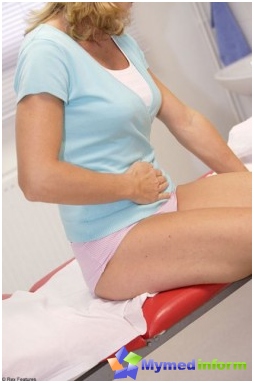 Treatment of ulcerative colitis is mainly aimed atthen, in order to suppress inflammation, to reduce expression of the characteristic symptoms and compensate the loss of fluid and nutrients. During treatment, the patient should be excluded from their diet of raw fruits and vegetables. This is in order to reduce the physical irritation of the inflamed intestinal mucosa. In addition, the patient shows a diet with restriction of consumption of dairy products. Such a diet smoothes symptoms. Also, the patient must include diet products with iron. This will help to cope with anemiaWhich is caused by prolonged loss of blood in the feces.

Patients who have moderately severe presentform, and are not confined to bed, are usually prescribed corticosteroids. It should be noted that treatment with these drugs for a long time are usually always gives rise to certain side effects, but they usually are themselves after discontinuation. If ulcerative colitis in mild or moderate form affects only the left side of the rectum and colon, the patient is usually given an enema with mesalazine or a corticosteroid.

In severe cases, the patient's diseasesubject to hospitalization. At the same time he appointed as soon as possible injection of corticosteroids. Some patients may reveal heavy bleeding from the rectum. In this case, the patient need blood transfusions and intravenous fluids.

If you find our site ulcerative colitisIt recommends how to spend the necessary treatment faster. The longer treatment is delayed, the more disease, more and more will progress, and the harder it will be treated. In the early stages of the disease approximately 25% of patients can be completely cured by conventional treatments. The more the patient delays the treatment, the more this percentage becomes smaller.