medicine
by admin
How often, especially in the Spring and Autumn Period,we experience the consequence of a cold or allergy manifestation, as the common cold. And do not you tell me what the inconvenience and discomfort, it is. When not trying to wrestle with this symptom: and medical methods (various types of nasal drops), and folk remedies.

How often, especially in the Spring and Autumn period, we experience the consequence of a cold or allergies as a manifestation cold. And it’s not for me to tell you what inconvenience andthe discomfort he presents. As soon as they do not try to fight this symptom: with medical methods (various kinds of nasal drops), and folk remedies. And now, a medicinal product, Morenazal, appeared on the pharmaceutical market to help, and our site will tell the story to readers about it. This drug is made from sea salt, which contains many different, useful components. Among them are elements such as: zinc, selenium, iron, magnesium, iodine, potassium, phosphorus, sodium. These components of sea salt have a very beneficial effect on the human body, having a unique effect. It is known that even in ancient times it was noted that for sailors and fishermen the wounds on their hands from cuts healed very quickly and did not become infected. Later it became known that sea salt has a striking therapeutic effect, acting on the body gently, and practically has no contraindications.

Description of the preparation 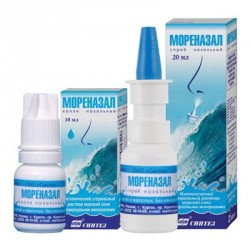 Morenazal is made from sea salt,obtained from the Mediterranean Sea. It is an isotonic sterile solution derived from natural sea salt, with water for injection. And it is used as a nasal spray. The drug Morenazal is used for washing, active irrigation, cleansing the nasal passages, restoring unhindered nasal breathing, and also for preventing infectious diseases of the upper respiratory tract. In addition, Morenazal maintains the physiologically normal state of the nasal mucosa, and also dilutes the mucus.

Included in the Morenazala micronutrientscontribute to the removal of inflammation, enhance the processes of repair, stimulate the functioning of the ciliated epithelium, making the mucosa more resistant to damage. 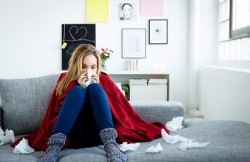 It is recommended to apply Morenazal:

It can also be used as hygiene products for washing the nasal cavity. 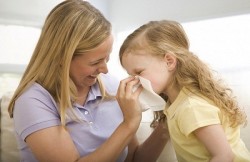 The drug is injected into the nasal passages - intranasally.

Adults and children over 2 years of age: in a prone position, head turned on its side; spray into the nostril, which is located on top, and after 2-3 minutes blow your nose, repeat injection into the other nostril.

Children 1-2 years old: the child is in a supine position, the head is turned on its side; spray into the nostril located on top. After planting the child, brushing his nose, repeat the injection into the other nostril.

For children under one year Morenazal used as nasal drops.