Diseases
by admin
In the literal translation from Latin incomprehensible word «occlusion» means «concealment», And the term itself indicates the state when something, which is usually in an open form, for any reason at the moment of time is closed.

Medical practice occlusion Causes deterioration in the vessels of blood and lymphatic systems, tanks and subarachnoid spaces up to their complete blockage. Perhaps due to the inability to diagnose the disease at the early stage, occlusion occupies a leading position among the root causes of high mortality and loss of extremities among the elderly people. In the risk group - men who stirred 60-year-old. 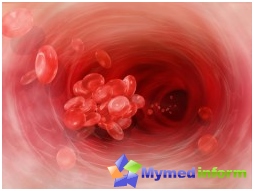 The main and, perhaps, the most obvious factor in the development of the disease - violation of the integrity of blood vessels and poor blood coagulation. Infectious diseases with complications, phlebeurysm also not pass without a trace.

Often the appearance of occlusion is associated with the presence in the history of the patient of flickering arrhythmia. When the heart rhythm is broken, small blood clots are formed in certain areas of cardiac tissue. Jump Arterial pressure, severe stress or severe physical work can «Push out» These formation of atrium - so blood clots fall into the cavity of the vessels of the lungs and lower extremities.

Occlusion of vessels with an independent disease can not be called. Very often this condition accompanies other diseases or is their result. Provice blockage of vessels can irreversible processes with congenital heart defects, atherosclerosis, complicated Pneumonia, Hypertensive crisis.

Consequences of the disease 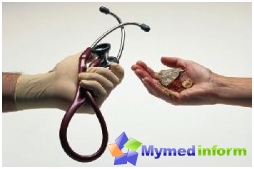 «Reports» about yourself disease attack of sudden powerful pain. Trombus strongly presses on the vascular wall, driving it and putting direct impact on the nerve endings, which is why pains have an indefinite location location. It is for this reason that the patient cannot confidently say that he has hurts. Pain do not disappear, even if a person changes the position of the limb.

In the limb where the blockage of the vessel was localized, there is no pulse. This is a mandatory symptom about embolism or thrombosis. Determining the pulse, measure and compare it on both limbs. The skin is pale, gradually acquiring a shiny shade, its sensitivity deteriorates. The patient drops the temperature.

Occlusions indicate the so-called paresthesia - states in which a person at an early stage of thrombosis feels tingling and numbness in certain areas of the affected limb. Pronounced ischemia is manifested by the absence of pain and tactile sensitivity of the limb, and paralysis in which the patient cannot move with a sick with hand or foot, testify to the development of deep ischemia.

These symptoms sign that you need urgently call «ambulance». Before the arrival of the patient's doctors allowed to take only antispasmodic agents. The sacrificent place to rub and warm is strictly prohibited.

Confirm or refute the diagnosis can a doctor based on objective testimony of a clinical picture. 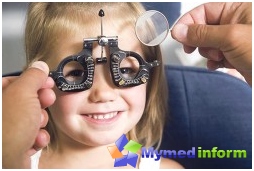 Acute form of arterial occlusion It occurs when a blood clot or embl. Location location blockage «Etern» additional blood closures, as the blood circulation around this site is disturbed. This dangerous and urgent state, reversible, can be considered if the attack began not more than 5-6 hours ago. Otherwise, fabric covers irreversible necrosis.

Occlusion veins eye retina It happens when the central vein retina or her branches lack oxygen and nutrients that usually brings blood. Blowing disorder in this area ends sudden painless loss of vision. In the risk group consist of people from 40-70 years.

Plugging of the central artery of the eye retina It is formed as a result of an acute circulatory disorder in the main artery and in its branches. Makes itself felt suddenly - one eye ceases to see. The cause of this type of disease is considered a thrombus on the wall of the carotid artery or in the heart. Potential hazard disease presents for men from 40 to 70 years. 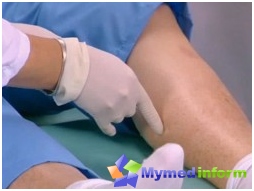 High hopes During drug therapy, the disease is placed on drugs that dilute blood and reduce the risk of blood formation, the so-called anticoagulants: cardiomagnet, thrombo ass, warfarin, plaque, Aspirin Cardio, streptokinase, Plaviks. The course of treatment of occlusion, in the course of which the doctor necessarily controls the quality of blood coagulation, strictly individual for each patient.

Moreover, twice a year to the patient prescribed vascular therapy lasting 1 month. At this time, the patient takes preparations of Trental or Detralex, the therapeutic dose of which determines the attending physician.

Do not do and without analgesic drugs - Kaetonal, Analgin, Baralgin - with their help remove pain during attacks.

Widespread applications in local treatment of occlusion found ointments based on heparin or leech extract. Mandatory is the wrapping of the limbs with elastic bandages.

Natural tool bringing guaranteed relief in the blockage of vessels, counted horse chestnut. He makes blood more liquid, strengthens and tones the walls of the vessels. To prepare infusion, 2 st. L. Plant flowers are placed in a thermos and poured with 2 full glasses of hot water, insist until the next morning. Healing drink takes small portions during the day 15 minutes before meals.

...Everyone can accept, hurry to assure their readers worldcotters. A healthy lifestyle is the most effective remedy for all diseases. It is important correctly and rationally eat, effectively alternate periods of activity and recreation, refuse a useless TV in favor of regular sports exercises or hiking. Cigarettes and alcohol must be excluded forever from their lives - the products of their collapse first of all destroy our vessels. No need to forget about regular clinical examination - only then experts will be able «calculate» Possible development of a dangerous disease.