Medicine
by admin
Most people with fear and fear belong to the snakes that are associated with them only with fatal bite. But poison snakes can not only kill, but also to treat some diseases. After a long study of the serpentine poison, pharmacologists created several drugs based on it. One of them - Viprosal ointment. 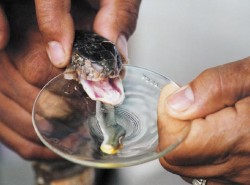 In some representatives «Snake kingdom» Behind the eye there is a special iron. It looks like saliva, but modified. This specific organ outside opens by peculiar output ducts, which are completed by canals of poisonous teeth. Series poison is a yellowish-greenish, transparent liquid. It consists of a complex mixture of inorganic and organic compounds. Here are the destructive proteins proteolytic enzymes. There are protease and esterase involved in blood collapse. Many different proteins, amino acids, toxins detected. Its unique properties of the poison can save decades (even if it was dried). More than 2500 site species are known, the danger to people represent approximately 400. Their number includes Cobra, Vijuki, Gurza, Efa, Showing. Nevertheless, the long-time people learned to apply the poison of snakes in medicine, removing from it. The facts indicating that in the ancient Rome, the serpenty product was used to manufacture means used in the treatment of leprosy, Ose, Fever. Soviet scientist E. N. Pavlovsky was able to prove that for the treatment of epilepsy, you can use the poison of the rattling snake. Then academician B. BUT. Engelgardt, Yu. BUT. Ovchinnikov, Ya. NS. Turakulov expanded knowledge about the poison produced by snakes. Poons used in medicine, produce snakes that are specifically grown on snake farms. A small portion of the healing substances from them is removed once a month. The procedure is possible in two ways:

From one cobra take a month about 194 mg, and Viper - up to 30 mg. This fact explains the high cost of the product. Then the poison is subjected to special processing (in order to eliminate deadly enzymes). With the help of the serpentine poison, not only highly efficient serums and vaccinations, saving life of a person from Snake Ukuusov. As it turned out, microdoses of this valuable product show therapeutic actions when rheumatism, Neuralgia, Hypertension, Bronchial asthma. Poison snakes can be used in the treatment of oncological, cardiovascular pathologies, stroke, Alzheimer's diseases. This product is very useful for stimulating the human immune system. Cobro-produced substances can remove severe pain and spasms. Preparations created on the basis of the poisons of Gurza and Indian viper are able to help with severe hemophilia. The protein, secreted by scientists from the Black Mamba poison, as it turned out, may well replace morphine, but there will be no narcotic side effects. Drugs, which contains a snake poison, can be used not as self-medication, and when prescribed by a doctor. The most famous such drugs are: Vipratoks, Vipraksin, Vipergin, Basyxin, Viprosal. Here is the properties of the last fund our site and offers to talk. 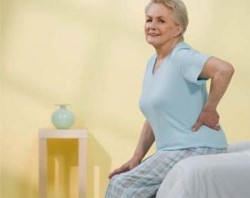 Viprosal is used to remove inflammation and pain in the complex therapy of the following ailments:

Wash and dry a towel or a napkin sick place, and then squeeze on it from a tube from 5 to 10 grams of ointment (such a number is placed in one or two teaspoons). Caution Wrap a remedy into the skin. Such a procedure spend one or twice a day. It usually happens enough ten days so that the pains retreated, the state facilitates. After all manipulations, do not forget to wash your hands right away with the use of soap. It is necessary to make it necessary to avoid falling ointment into the eyes or on the mucous membranes (otherwise there will be a strongest burning). Keep Viprosal in those places that are not available for children.

Ointment is forbidden to use when:

Extremely undesirable to use the drug if you have sensitive skin. When a high susceptibility to components are found, applying the means to the skin must be canceled. 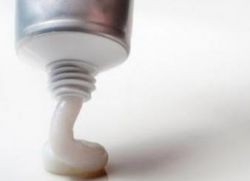 Sometimes, allergic reactions appear on the skin on the skin soon (otk, hives, itching). When they are detected, the ointment from the skin must be removed using first a cotton disk, and then washed off warm water. Inform the doctor about these reactions of your body, and do not use ointment anymore. The doctor will pick you up such a means that will not have such side effects. Similar therapeutic properties have finals, capsicles, Espol, rhub-gel, balms «Kim» and «Golden Star», Gaper ... These ointments differ from Viprosal active ingredients.

If there is no viposala in the pharmacy, then the pharmacist can offer ointments that have a similar composition with it. For example, Alvipsal, Salvisar, Skvisal B.