medicine
by admin
WHO predicts that the number of people with diabetesdiabetes throughout the world by 2025 will exceed three hundred million people. Moreover, 90% of them will be diagnosed "diabetes of the second type." For such people, pharmacologists create drugs that can lower blood sugar concentration. This group of drugs called hypoglycemic agents, and Amaryl relates. 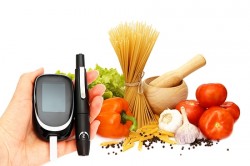 It is estimated that diabetes type II occur in ten times more frequently than I type. The number of people with whom he revealed, continues to grow every year.

In the first type in the body of the pancreasIt refuses to produce insulin. It is more typical for children or persons under 30 years of age. In the second type of the disease and insulin although produced (generated), but in insufficient quantity and (or) for some reason is very poorly absorbed by the human body. This type of in most cases diagnosed in people age 40 years passed mark. This diabetes more insidious, it is more difficult to recognize, so much more when it developed serious complications (renal failure, blindness, cardiovascular disease, diabetic foot), They are more difficult to prevent. Overeating, lack of exercise, overweight - all of these factors can lead to the development of diabetes of the second type. 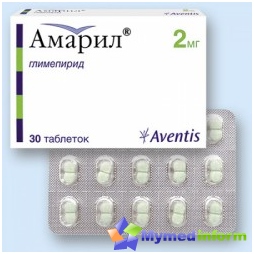 The active ingredient is a derivative of Amarasulfonylureas, it acts on the pancreas (preferably its shank portion) by stimulating production of insulin (peptide hormone), beta-cells of islets of Langerhans. After that insulin released from the cells by exocytosis. This is called pancreatic. The drug improves the sensitivity of fat and muscle tissues to the action of its own insulin, such action is called vnepankreaticheskim. That is, blood glucose begins intensively disposed via GLUT 1 and GLUT 4 (this special transport proteins), followed by a rapid uptake of glucose by peripheral tissues. In preparation showed antithrombotic effect, it inhibits the formation of the walls of atherosclerotic vascular layers (plaques), reduces the severity of the patient's body to oxidative stress (characteristic of diabetes, flowing through the type II).

If the added drug and medformin more, its effect is the following: it improves liver circulation and "spurs" conversion of glucose into glycogen,safe for people with diabetes mellitus. More medformin helps muscle cells to absorb glucose. Practice shows that the therapeutic effect of glimepiride is enhanced when it is combined with medforminom. This prompted the creation of the "Amaryl M 'combined means.

How to take Amaryl?

Amaryl is shown to those patients who have diabetesdiabetes occurs in the second type (mono- or combination therapy). The dosage for each patient to his doctor selects individually (it is very dependent on the performance of blood glucose). Typically, therapy is started with low doses. Gradually, the daily dose may be increased to 4 mg physician. In rare cases, the patient discharged 6 or 8 mg. During treatment, mandatory monitoring indicators measuring blood glucose.

Take your medicine should be before breakfast (orwhile it). The tablet should drink water (boiled in an amount of not less than 100 ml). Just swallow the pill without chewing it. Be sure to eat after taking Amaro, otherwise the blood glucose concentration drops sharply. If you happen to forget to take the drug, these days are skipped, the next day to drink a double portion of it is impossible. 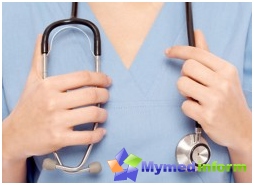 Amaryl should not be taken in the following cases:

MirSovetov wants to warn readersPossible side effects that often occur when using this drug - hypoglycemia (a condition where the blood sugar drops below acceptable standards). To avoid this situation, patients with diabetes mellitus is strongly recommended to carry some sugar lumps or sweets to quickly raise low blood glucose.

Much more rarely detected are side effects:

If you notice at the above phenomenon, tell your doctor. 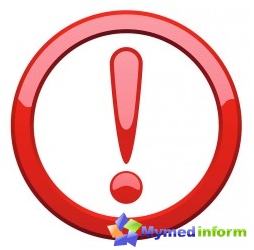 In stressful situations (such asconflicts at work or at home, accidents, loss of loved ones, conditions with high body temperature), are released into the blood stream of adrenaline, thus reducing the effectiveness of this drug. Then the patient has to temporarily transfer to insulin.

There are many drugs thatcan enhance (or on the contrary, weaken) the therapeutic effect Amara if they are taken at the same time with him. Therefore, if you visit any unknown medical specialization, be sure to tell him that you have diabetes, call antidiabetic drugs you regularly take. Then the specialist will prescribe those medicines which are neutral to Amarillo or change its dosage.

Alcohol is also able to change the glucose-lowering effect of Amara.

If the patient is shown a hemodialysis, it is transferred to Amara to insulin.

The place where you store Amaryl should not be available for the children, because they have taken accidentally pills can trigger hypoglycemia.

Many patients Amaryl helps maintainBlood glucose concentration at a level close to normal. For treatment to be effective, it is necessary to work closely with your doctor, disciplined to implement its recommendations, diet, exercise stress. Then there is a chance to avoid the complications of diabetes or delay them for a long time.