medicine
by admin
None of us is immune from falling intointestine small parasites, called helminths in medicine, and in people - worms. The appearance of these creatures in the body can turn to the big man with health problems. Today we tell about how you can fight the parasites using Pyrantel. 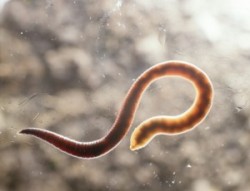 Various sources report that helminthdiseases in the world are suffering from one to two million people! Most often, the human body tend to get round or flat (tape) worms. Currently, more than 350 species of worms known to researchers, most species found in the southern regions. Approximately 91% of helminth infections occurring - it Enterobiasis, pinworm are provoked. These worms are small, their length from 5 to 10 mm. They lodge groups in the small intestine. To lay their eggs females crawl down, reaching the rectum. Second place among helminth infections (8% -s) takes ascariasis. Already from the name it is clear that it provokes roundworm. This larger parasites, they live not only in the small intestine, but also "travel" in the liver, bile ducts and lungs (through the bloodstream). Will name our site and more serious helminthiases: trichuriasis, toxocariasis, hookworm ...

Worms, who settled in the human body,produce toxins, absorb vitamins, nutrients, disrupt the immune system, cause allergic reactions. Man can be confusing symptoms such as fatigue, anemia, Abdominal pain, intestinal disorders, frequent infections. To combat worms, parasites have managed to create an effective worming preparations. Among them are Pyrantel. 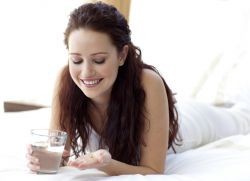 This drug is desirable to use duringmeal or after. To achieve the best effect when enterobioze doctors recommend immediately treated all members of the family. The dosage is calculated individually. It depends on the age of patients, body weight and diagnosis. The tablet (or part of it) before swallowing and wash down with water, must be chewed in the mouth (a nice taste of the drug). When enterobioze, ascariasis, mixed parasitic infestations medicine is taken once. Note that for one kilogram of the body weight is assumed to take 10 mg of the drug. The kids from three to six years usually give the whole tablet (250 mg of it). At the age of six to twelve years it relies take two tablets (500 mg of this medication). Adolescents and adults weighing less than 75 kg need to take 3 tablets (750 mg of this drug). If the weight more than 75 kg, then an appointment is necessary to take four tablets (1000 mg obtained).

For the treatment of hookworm uses a different scheme. The amount of the drug is also calculated as 10 mg per kilogram body weight. But it is necessary to take the medicine for three days.

For treatment necatoriasis per kilogram body weight of 20 mg of the drug is taken. Admission comes two days in a row.

And now show you how to use the suspension. our site will explain at once, that one measurement - is five milliliters of medication.

For the treatment of ascariasis, enterobiosis invasive and mixed states:

When necatoriasis give suspension for two days, and the dose is calculated as follows: per kilogram of body weight should take 20 mg of the drug substance.

In addition, during treatment pyrantel no reception of laxatives is not required. Re-admission rate Pyrantel is possible in three weeks. 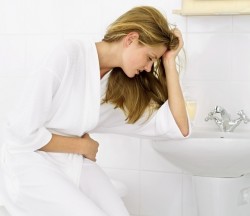 Usually Pyrantel the drug is well tolerated by patients. Only in rare cases the following undesirable effects have been observed:

When Pyrantel is contraindicated?

Especially careful you have to be those patientswhere there is liver failure. Pregnant women should use the drug only in cases of a recommendation made by the attending physician. If written out a medicine woman who feeds the baby's chest, in these days of treatment do not resort to breastfeeding.

If Pyrantel is not in the pharmacy, it can bereplace synonyms - or Gelmintoksom Nemotsidom. To ensure that the treatment of pyrantel is successful, it is necessary to pass the stool to check for the presence of helminth eggs. To avoid re-infection, try to follow certain rules of hygiene.