medicine
by admin
February - a month of the year, when at the height of the fluand other infections affecting the respiratory tract. With the advent of this month, many schools are forced to close in quarantine. And in the clinics to physicians are long queues of sneezing, coughing and vysmarkivayuschihsya patients. Our site continues with their readers to study pharmacy shelf with antiviral agents.

Today we turn to Ergoferon who actively advertised in magazines, newspapers, on television and radio. Let's look at its structure, get acquainted with the method of application. 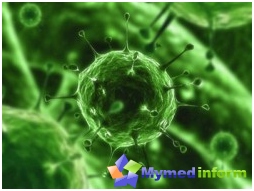 In recent years, viruses have become tricky,they learned to hide and mutate. And if a person is at risk, then the ingestion of these dangerous foreign agents can lead not only to a flu-like state, SARSBut also threatens complications. For high-risk physicians include children, the elderly, pregnant women and those who have weakened, suffered a recent injury, surgery, or suffering from various chronic pathologies. It turns out that about half of the population have to be very attentive to their health, so at the first sign of respiratory infections time to begin treatment. But the situation is complicated by the fact that it is difficult to immediately find out and understand how the virus attacked the patient. It happens that the doctor instead of antiviral drugs given to patients antibioticsIn the mistaken belief that the disease is caused by bacteria. Another case is when a person takes antiviral drug, resulting manages to defeat viruses, but inflammation, cold and coughing remain, continue to tormentthe poor fellow. And many felt malaise and fever, immediately rush to antipyretic agents, and because they are unable to influence the mechanism of the disease. For years, our scientists have tried to create a drug that would combine several activities and have helped people with different respiratory infections. 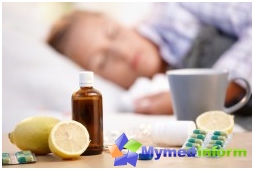 The components of the drug aptly fall into the desired target, while stimulating activity of different elements and parts of the immune system.

The antiviral and immunomodulatory effects is due to antibodies to gamma interferon. This action is enhanced antibodies account for the co-receptor CD4.

Research (experimental and clinical)It shows that Ergoferon can deal with influenza A, a form of the H1N1, the so-called "swine" and "Bird» (H5N1) flu. Fights he with viruses that cause influenza B. It is recommended in case of acute respiratory viral infections, which are caused by adenoviruses, parainfluenza viruses, coronaviruses and other viruses.

The medicine can be used for prevention and treatment of:

Ergoferon can be used in the treatment of certain bacterial infections, for example, whooping cough, Yersiniosis, pseudotuberculosis, pneumonia and to prevent superinfection. 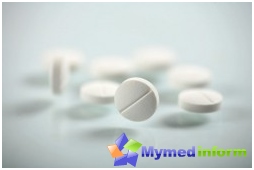 A feature of these tablets is that theydesigned for resorption. One tablet should be put in the mouth and hold it, until she dissolved. But this should be done separately from the food, for example, 30 minutes before meals or 30 minutes after a meal.

If Ergoferon appointed child, whose agefrom six months to three years, then it is recommended that the tablet is dissolved in boiled water (about 15 ml), and then give the solution to the kid.

For the treatment of the first day you must take 8 tablets: in the first two hours of the reception is carried out through every half an hour, then another rassosite on a tablet three times.

On the second, third, fourth and fifth dayenough to take on a tablet three times a day, making it approximately the same intervals between resorption. The sooner treatment is started, the sooner you feel better.

To avoid transmission of viral diseases, Ergoferon applied in one or two pills a day, a course may continue from one to six months.

Ergoferon can be combined with taking other medicines (antivirals, symptomatic). 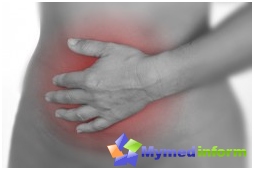 Usually the drug is well tolerated. Only in rare cases in patients detected increased individual sensitivity to the ingredients that are listed as part of the tool. If overdose occurs, it may cause dyspepsia (upset chair).

Since in the production of Ergoferon is usedlactose, then it is not prescribed for those who have congenital lactase deficiency, galactose or glucose malabsorption syndrome, congenital galactosemia.

The question of whether the technique is safe these pills during gestation or breast-feeding a baby, has not been studied.

Flu or SARS is always unsettling, pull down the plans. We have to call the doctor, go to the clinic, and then otlёzhivatsya home and fulfill the recommendations of the doctor. To make it easier to carry respiratory diseases, strengthen your immune system, immediately start treatment, if you suddenly noticed the first signs of illness. A mymedinform.com sincerely wishes all its readers a good health!