disease
by admin
Respiratory diseases, at whichirreversible bronchiectasis, their deformation, called bronchiectasis. Because of these changes in the bronchi poorly perform their function. In the bronchial tree (especially in the lower part) developed inflammatory processes taking chronic course. 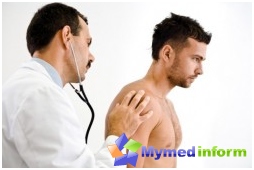 Short called bronchiectasisthree letters - BAB. Mutated bronchi pulmonologists called bronchiectasis and bronchiectasis. Bronchiectasis annually affects approximately 0.5-1.5% of the population. Its development occurs mainly in children and young people, that is, in the age group of 5 to 25 years. In adulthood, the development of bronchiectasis are more prone to those who live in cold, wet regions, working in hazardous industries, as well as smokers. When the disease is constantly relapses (repetitions) bronchopulmonary infections. His indispensable "satellite" - cough with phlegm. Bronchi can be mutated in one segment or one lobe of the lung. Heavier version - wide distribution. The process may be one-way or two-way (localization specifies Segment). There are several forms of BAB:

Other criteria, which are classified BAB:

Why there is bronchiectasis? 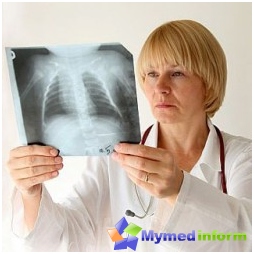 First, with the help of tools the doctor spends percussion and auscultation.

When percussion (analyzing sound effects when tapped) Dr. notice dullness or tympanitis (swelling associated with the accumulation of gases).

Auscultation show up crackles and rigid breathing (listening to sounds at work authorities).

Chest x-ray done. Typically, it shows that the bronchi are dilated.

Bronchography (used contrast agent for X-ray) - this study to determine the shape of the expansion and the place where it is available.

Bronchoscopy - allows using an endoscope equipped with a special camera to inspect the bronchial tree.

Computed tomography - helps the doctor to clarify the localization of the pathological process, expand the size of bronchiectasis.

Spirometry and peak flow meter - can determine the degree of respiratory failure.

Pulmonologists can use two ways to combat the disease: conservative and operative.

During an exacerbation BEB all efforts are directed to the reorganization of the bronchi, the suppression in these foci of purulent inflammation. The most common respiratory therapists are assigned into a vein, muscle or endobronchial: 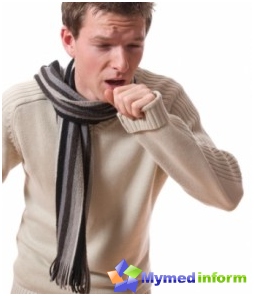 To prevent the growth of fungal flora, long-term use of antibiotics prescribed antifungals (eg, fluconazole).

In order to facilitate breathing when clogged with mucus and pus discharged bronchi bronchodilators (Ventolin, Atrovent)

After examining doctor can immunogramappoint immunostimulatory drugs. Preference is given to funds, which is composed of echinacea is possible to assign the thymus preparations of human immunoglobulin.

If the disease heavy, the steroids (usually prednisolone) will be assigned.

Contribute discharge of these folk remedies may sputum respiratory tract:

If there was coughing up blood, it can be brewed yarrow, knot-grass, nettle, shepherd's purse.

As an immunostimulatory and vitaminized means make a thermos drink from the hips.

The importance of improving the patient's conditionplays and nutrition. It is desirable that it was varied, complete, with lots of vitamins and proteins. The diet must be present: fish, meat dishes, buckwheat, eggs, cheese, figs and other fruits, vegetables, fruit drinks, juices, berries in season.

By surgery recourse at anydegree of severity of illness (unless contraindicated), the patient's age should not exceed 40 years. If the patient is older, then the operation start if there are complications, life-threatening. Specialist remove the affected lung or segment share. The main thing that the rest of the bronchi were able to fully ensure the breathing process. 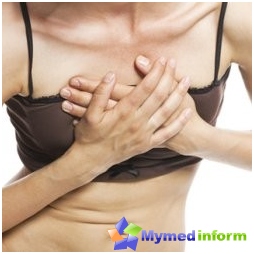 In severe cases, there is a possibility: